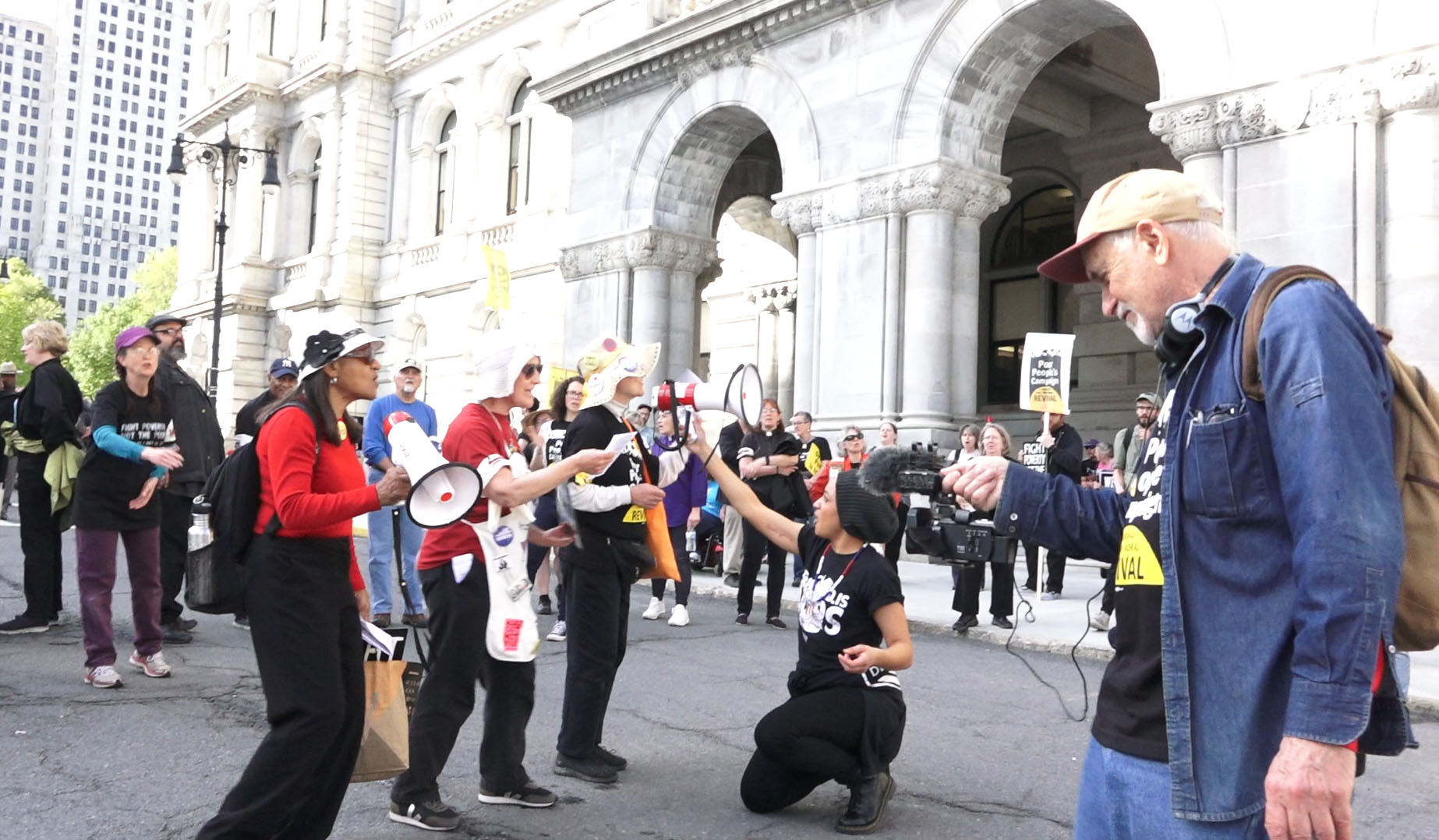 New York State Poor People’s Campaign, the Kairos Center, and The People’s Forum are excited to present a workshop on MEDIA MATCHMAKERS FOR A NEW WORLD: A 3-part collaborative workshop of screening, discussions, and media work.

True stories of social change movements are essential for us to move forward as a united people. But these stories will not be told in mainstream media, they are either ignored, truncated or distorted. At the same time media makers and visual storytellers find it harder and harder to use our skills and resources to make serious social contributions. We are rich in skills, resources and will, so what is holding us back?

MEDIA MATCHMAKERS FOR A NEW WORLD will be an ongoing effort to develop and cultivate relationships between socially conscious media makers and communicators of all stripes, with local leaders and activists in a vibrant social movement, The New York State Poor People’s Campaign. Using screenings, discussions and a collaborative media project the workshop will present and explore potential partnerships between activists and media makers. We will identify obstacles that may prevent us from working well together, and by getting to know and trust one another we will try to bridge those gulfs. Workshop facilitators will ensure that the workshop contains a mix of media makers/digital communicators and social activists. We welcome local leaders and activists as well as all types of media workers.

In this first session we will meet one another, learn a little bit about the Poor People’s Campaign, watch selected short films, and talk together about the problems facing us as media makers and social activists. After the first two sessions there will be the exciting possibility for some of the workshop participants to develop and produce a media project around a three-day Poor People’s Campaign bus tour that is being scheduled for the beginning of April. The bus tour will travel around New York State meeting activists and organizers in many different regions and communities.

The Poor People’s Campaign is a national movement chaired by Rev. Liz Theoharis of the Kairos Center in New York and Rev. William Barber of Repairers of the Breach in North Carolina. The Campaign is organized on a state by state basis.