THE FIGHT TO FREE LULA AND REGAIN DEMOCRACY IN BRAZIL: A TEACH IN 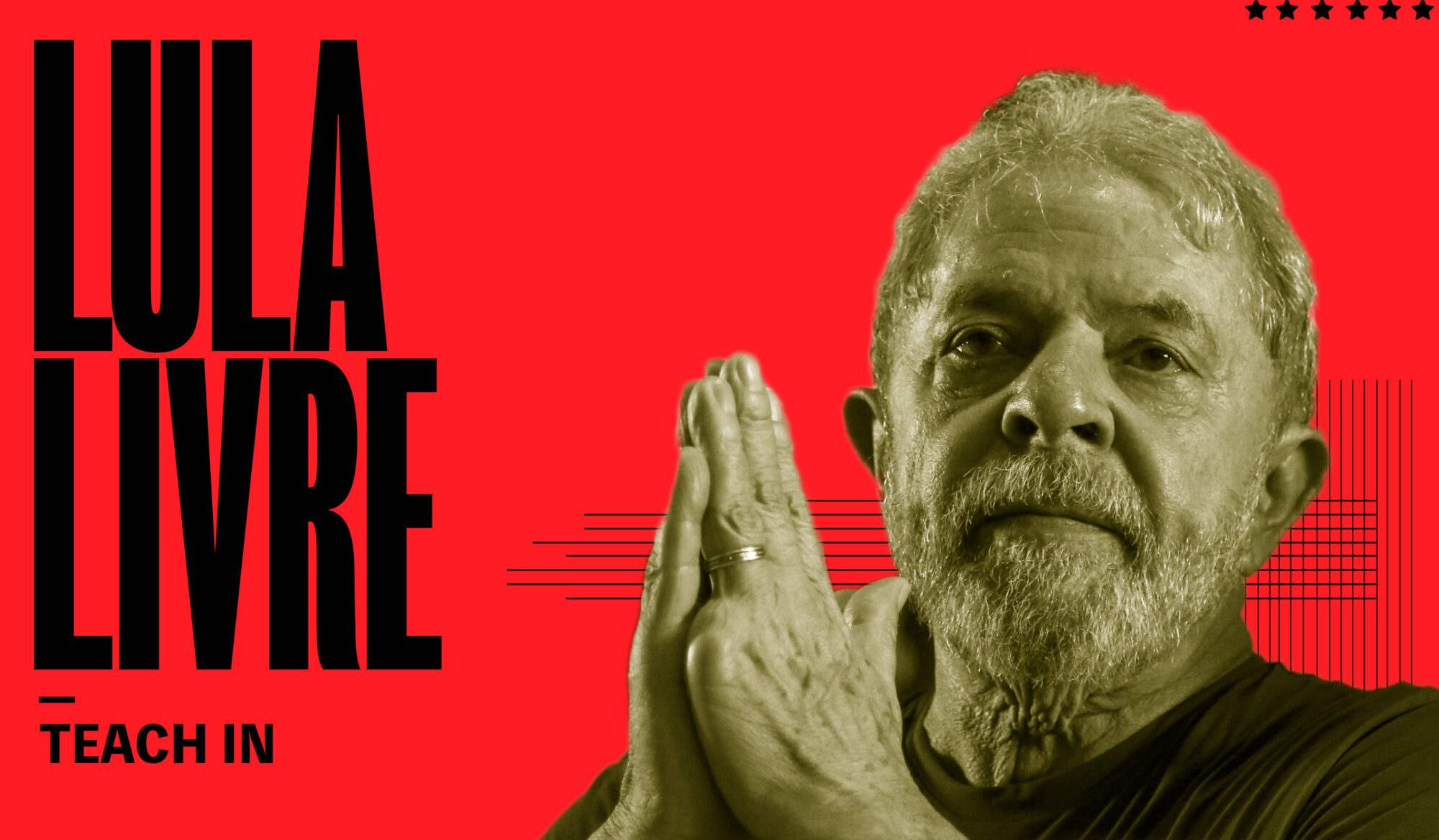 In 2018, Brazil ’s founder of the Workers Party and a two-term president – Luiz Inácio Lula Da Silva – was the frontrunner in Brazil’s election polls against far-right candidate Jair Bolsonaro.  In a ploy to oust him from the race, Lula was hurriedly judged and sentenced to nine years in prison by a Federal judge without a single proof or evidence of wrong-doing. Lula Da Silva is now considered a political prisoner of Bolsonaro’s presidency.

Join activists who will share their expertise on Lula and  his case, the rise of the far-right in Brazil and how to join the fight to free Lula and regain democracy in Brazil.

This event will be accompanied by a Photo Exhibit by Fotografia pela Democracia showcasing Lula’s history: from a metal worker & trade union organizer to becoming Brazil’s most internationally acclaimed president Brazil.

World music talent  Cissa Paz, will join us for an eclectic performance of jazz and Brazilian music,  and DJ Greg Caz  will spin Brazilian  tunes.

− Who is Lula? What is his Legacy? − a panel with NYU professor Barbara Weinstein and Union leader & lawyer Stan Gacek.

− An audio participation by Mumia Abu-Jamal,  as a political prisoner speaking from jail on Lula’s case

− Why is Lula in jail? Why is Bolsonaro in power?  − A panel with Valeska Martins (Video conference), Stan Gacek.

− Lula Livre in the USA: Renowned Brazilian journalist Breno Altman joins us via video conference to discuss the Lula Livre Committees in Brazil and across the world.

− Video of Lula’s last speech before his arrest and being silenced.

Barbara Weinstein is a professor of Latin American and Caribbean history at NYU on race, gender, labor, and political economy in the making of modern Brazil.

Stan Gacek is the director of Global Strategies of UFCW. A labor union lawyer, he has been following Lula Da Silva’s career since the 1980s as a labor leader.

Breno Altman is a Brazilian journalist and activist, director of Opera Mundi website and editor of Samuel Magazine, he often speaks on TV 247 at blog Brasil 247.  He is currently the Lula Livre International Committee coordinator.

Cissa Paz is a singer-songwriter and an eclectic performer influenced by the local jazz sounds of the Big Apple and her Brazilian Indigenous/African heritage.