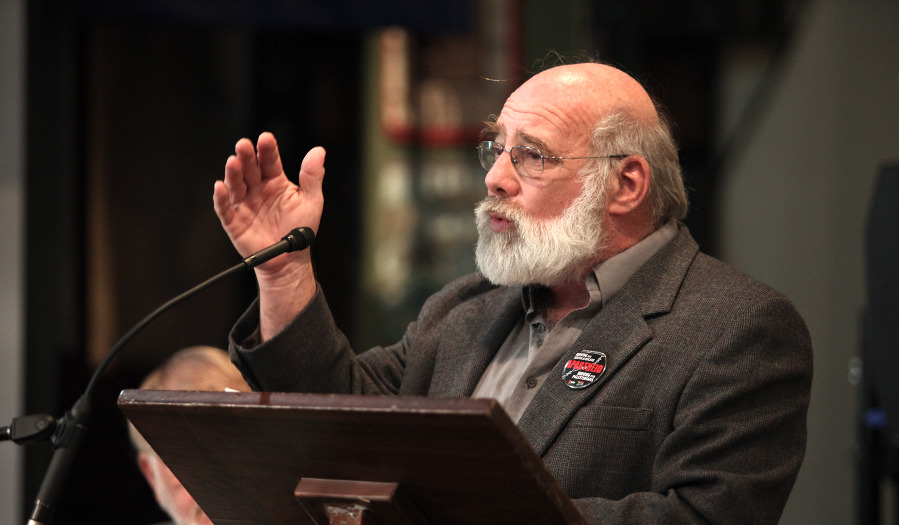 In this presentation, Jeff Halper, Director of the Israeli Committee Against House Demolitions (ICAHD), argues that the Matrix of Control which Israel has laid over the Occupied Territory has effectively eliminated the two-state solution to the Israeli-Palestinian “conflict” and has produced instead a regime of apartheid. Faced with apartheid and the permanent warehousing of the Palestinians, he goes on to outline the only just solution that Israel has left us with: a single constitutional democracy: one country, one citizenship, one parliament and one shared civil society in which its people’s collective rights are also protected. Halper explores in depth how such a solution would work and what we need to do to reach it.
Event sponsored by NYC Jewish Voice for Peace, NYU Students for Justice in Palestine, Codepink.

Jeff Halper is an Israeli anthropologist and Director of the Israeli Committee Against House Demolitions (ICAHD). He has served as the Chairman of the Israeli Committee for Ethiopian Jews, head of Friends World College, an international college program, and has taught at universities in Israel, the US, Latin America and Africa. In addition to many academic and political writings, he is the author of An Israeli in Palestine (London: Pluto Press, 2008) on his work against the Occupation and Obstacles to Peace, a manual for activism in Palestine/Israel. His most recent book is War Amongst the People: Israel, the Palestinians and Global Pacification (Pluto, 2015), which was shortlisted for the Palestine Book Award.

Jeff participated in the first (and successful) attempt of the Free Gaza Movement to break the Israeli siege by sailing into Gaza. He serves on international support committee of the Bertrand Russell Tribunal on Palestine, and was nominated for the 2006 Nobel Peace Prize. Jeff and ICAHD are currently involved in a joint Palestinian-Israeli grassroots initiative – the One Democratic State Campaign (ODSC) – to formulate a political settlement based on the creation of one democratic state.