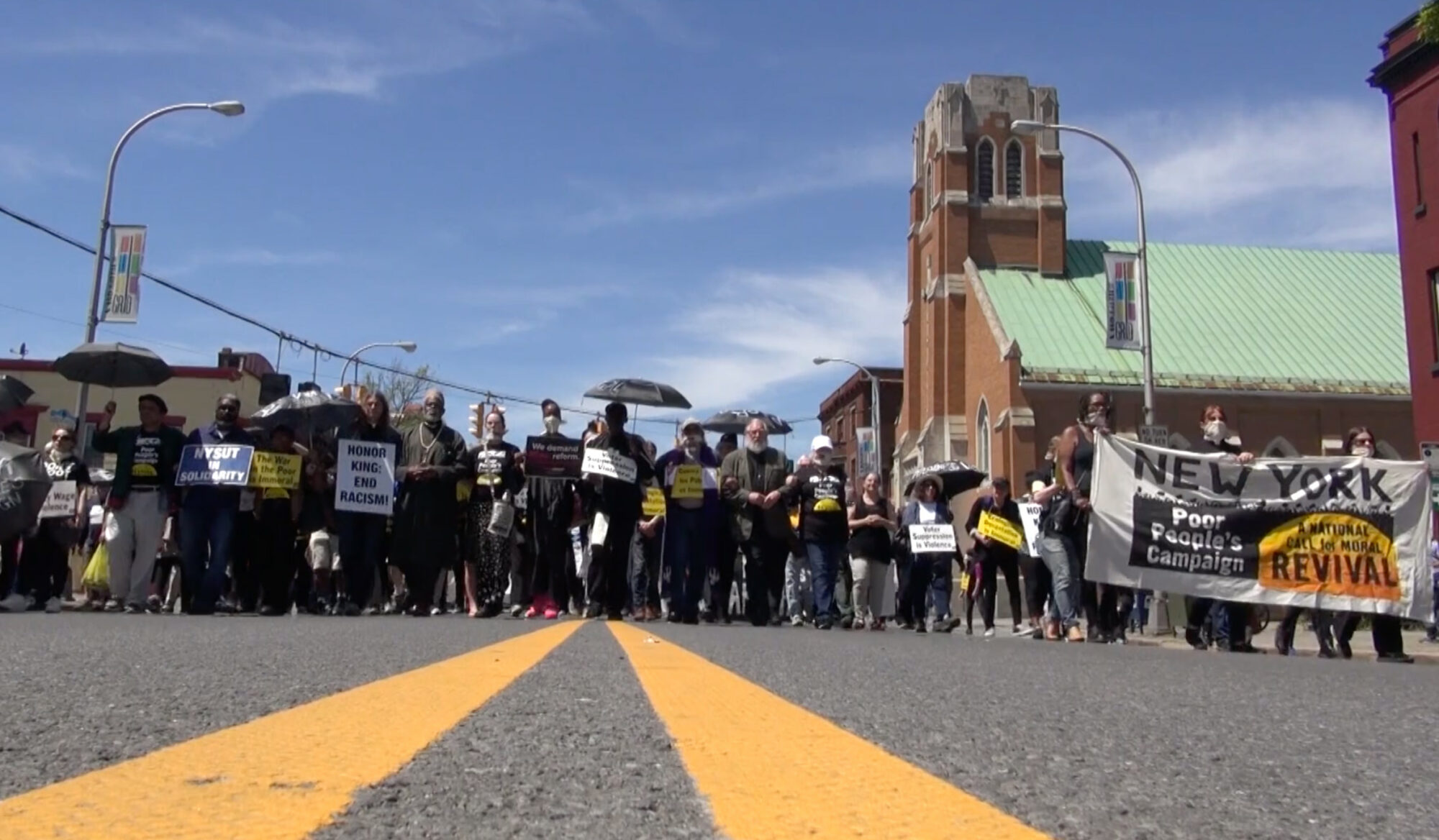 New York State Poor People’s Campaign, the Kairos Center, and The People’s Forum are excited to present the 2nd in a series of 3 workshops on Thursday, March 21 6:30 – 8:30

MEDIA MAKERS FOR A NEW WORLD
“Our task is to make thinkers out of fighters and fighters out of thinkers.”
– General Gordon Baker, Revolutionary educator

MEDIA MAKERS FOR A NEW WORLD is in the opening stages of an effort to develop and cultivate relationships between socially conscious media makers and communicators of all stripes, with local leaders and activists in a vibrant social movement, The New York State Poor People’s Campaign. Using screenings, discussions and a collaborative media project the workshop will present and explore collaborative relationships between activists and media makers. We will identify obstacles that may prevent us from working well together, and by getting to know and trust one another we will try to bridge those gulfs. We welcome local leaders and activists, as well as all types of media workers.

The centerpiece of this 2nd session is a sneak preview screening of the 30-minute documentary film Empire State Rumblings. The film follows activists in the New York State Poor People’s Campaign as they organize over 40 Days of Action to push for a moral revival in America and launch a national social movement to end poverty. We will have the filmmakers and some activists involved in this organizing present for discussion after the film. The focus will be on how the filmmakers and activists collaborated around the project. We look forward to reflecting on this work as well as looking ahead to imagine how we can come together to do more in the future.