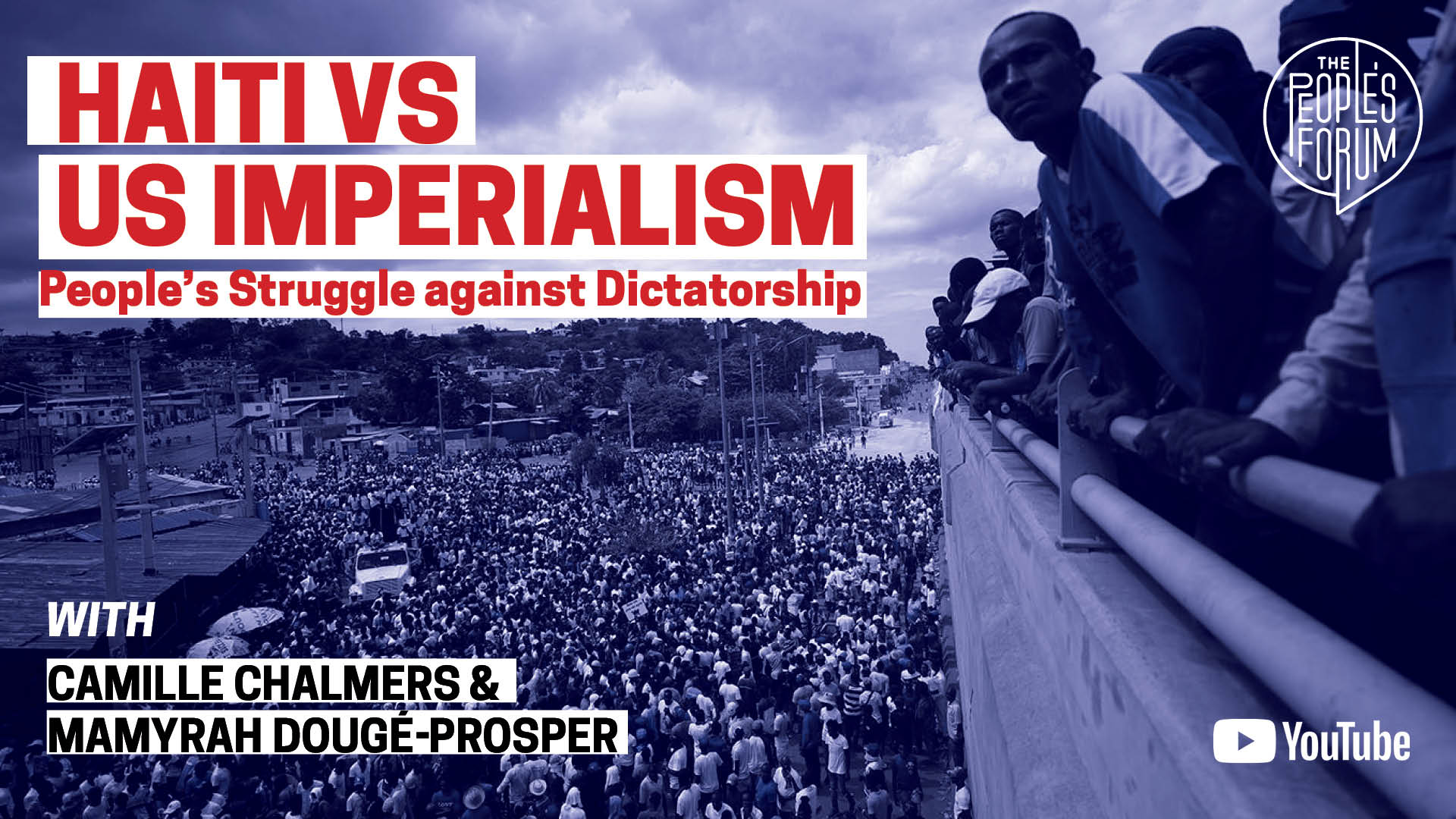 (Register below for the Zoom webinar link)

Haiti’s ongoing political, social, and economic crisis has reached new heights after February 7 when President Jovenel Moïse’s term ended. In complete disregard for the constitution, he refuses to step down. The Haitian people have mobilized in protests and strikes against this latest attempt by the ruling class and their supporters in the US government and the OAS to sabotage democracy.

Join us for a conversation with Camille Chalmers, Mamyrah Dougé-Prosper and Sabine Lamour as we dive into an analysis of Haiti’s current context, the implications of US imperialism for democracy, and the state of popular struggles.

Camille Chalmers
Economist and grassroots organizer working with Rasin Kan Pèp Party, Haitian Platform of Advocacy for an Alternative Development (PAPDA), Popular Patriotic Front, Caribbean People’s Assembly. He has played a leading role in Haiti’s movement against the military occupation by UN forces and the structural adjustment programs being imposed by the World Bank and the IMF.

Sabine Lamour
A sociologist and feminist. She is president of the association Solidarité Fanm Ayisyen (SOFA – Haitian Women in Solidarity).

**** This event will be in Kreyol and will have English interpretation.