The Internationalist History of the Communist Manifesto 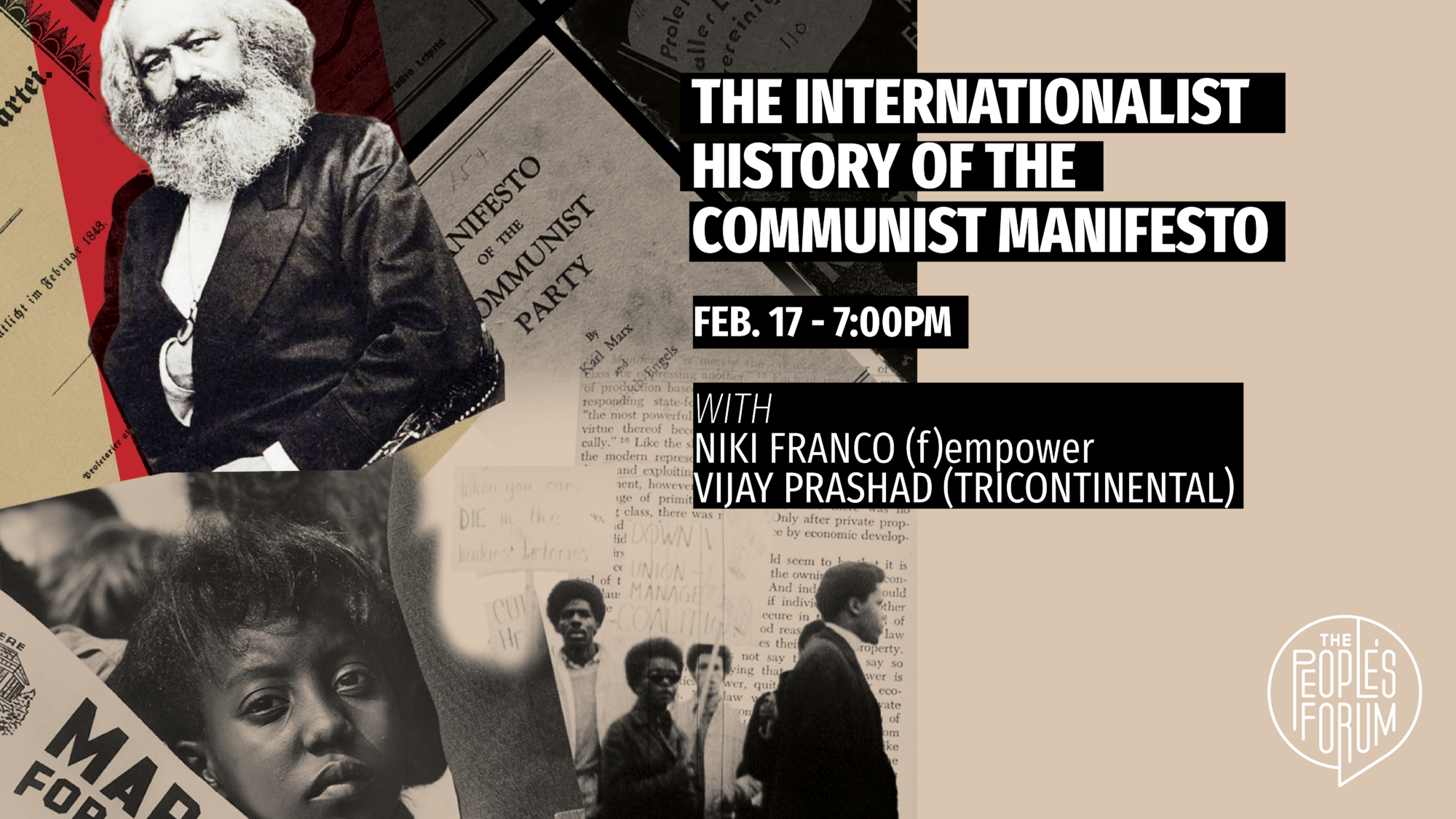 We find ourselves in an unprecedented moment in modern history, confronting a global pandemic that has only laid bare and exacerbated the deep economic crisis, wealth inequality, and exploitation of the working class and oppressed around the world. Watching billionaires and corporations amass over $1trillion in wealth while working people lose jobs, healthcare, and access to basic necessities, it is clearer everyday that capitalism is a failed system. As the poor and dispossessed organize internationally to confront the escalating crisis, our work demands us to overcome isolation. Fortunately, we have a deep history of internationalist class struggle to learn from and look to.

The Communist Manifesto, written in 1848 by Karl Marx and Friedrich Engels, has been a foundational political document for anti-capitalist political and social movements around the world. The Manifesto famously analyzes the conflicts and contradictions of capitalist production and lays forth a political vision for an internationalist working class movement. It has inspired and informed liberation struggles around the world and we return to this document and those struggles for hope and in the face of repression of the left. To dive deeper into this history, artist and organizer Niki Franco will interview and discuss with historian and journalist Vijay Prashad the internationalist history of the Communist Manifesto, the liberation struggles it has inspired, and how it connects to people’s movements today.
—-
This event leads up to Red Books Day on February 21st, 2021, a virtual reading of The Communist Manifesto, to commemorate the 173rd anniversary of the first publication. In coordination with Leftword Books and the International People’s Assembly, and to celebrate the internationalist history of the manifesto, we will be one of many groups around the world to gather virtually and read the text out loud in multiple voices and languages. Check back on our website soon for more information to the livestream!