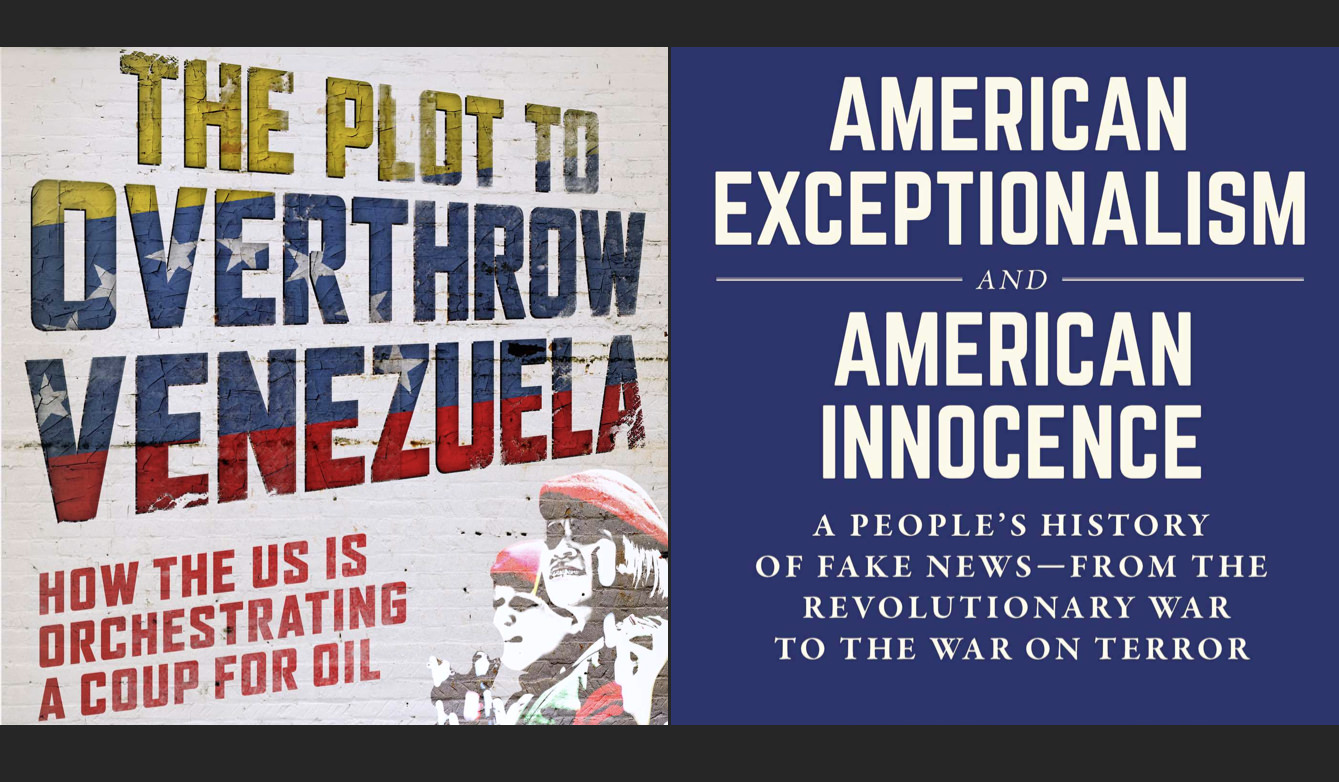 Join us to celebrate the launch of two new anti-imperial books: The Plot to Overthrow Venezuela and American Exceptionalism and American Innocence: A People’s History of Fake News, From the Revolutionary War to the War On Terror. Speakers include the authors of the books: Dan Kovalik, Danny Haiphong, and Roberto Sirvent. Book signing will follow.

“This thoughtful, well-written, exceedingly intelligent and passionately argued book also happens to be one of the most powerful and analytical dissections of US imperialism and white supremacy published in years.”
Gerald Horne, Moores Professor of History and African American Studies at the University of Houston and author of three dozen books including, The Counter-Revolution of 1776: Slave Resistance and the Origins of the USA.

“Thankfully, Kovalik helps to cut through the Orwellian lies and dissembling which make this intervention possible, and just when such truth-telling is so desperately needed.”
—Oliver Stone, Academy Award winning director and screenwriter