Becoming Human: A Theological Dialogue on the Intersections of Struggle, Trauma, & Anti-Imperialism 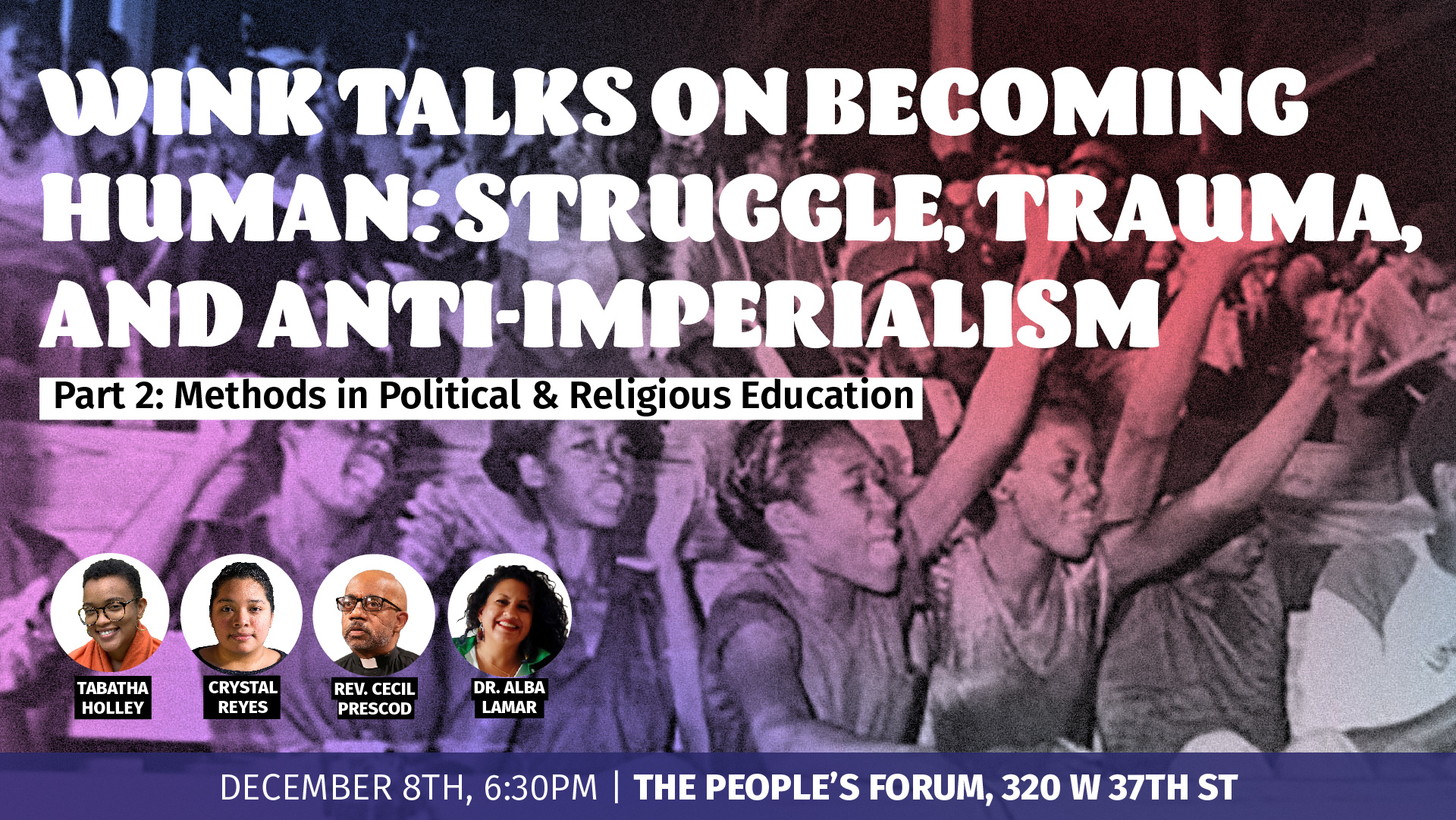 Register HERE to join via Zoom.

Join Tabatha Holley, Walter Wink & June Keener Wink Fellow with the Fellowship of Reconciliation, on December 8th for the second “Wink Talk on Becoming Human: A Theological Dialogue on the Intersections of Struggle, Trauma, & Anti-Imperialism.”

This is the 2nd public dialogue in a monthly series of hybrid gatherings — held in-person at The People’s Forum in NYC, joined by an online Zoom audience — that seek to engage the following themes:
* Subversiveness in Christian scripture
* Nonviolent direct action
* Trauma imposed by the state & its impact on community organizing
* Structures of war and imperialism
* The Bronx & the intersections of poverty & war
* The intersections of militarism and policing
* Political and popular education methods

A graduate of Union Theological Seminary who spent the past three years as pastor of New Day Church in the Bronx, New York, Tabatha is a Black, Queer, grassroots organizer with southern rural roots who engages in work that shifts the economic and lived realities of her people who struggle to resist the U.S. project of war and mass incarceration. Her conversation partners will include community activists, church members & faith leaders, and FOR members fighting to work in the mission of FOR “to end structures of violence and war, and create peace through the transformative power of nonviolence.” The 3-part series will conclude on Jan. 12, 2023.

FOR-USA launched the Wink Fellowship in 2021 to recognize Walter Wink & June Keener Wink’s seminal leadership in active nonviolent resistance and June’s living example of the use of art to spread a message of peace.