“You don’t play with Revolution”: A Short Course on Caribbean Revolutions and the Caribbean Radical Tradition 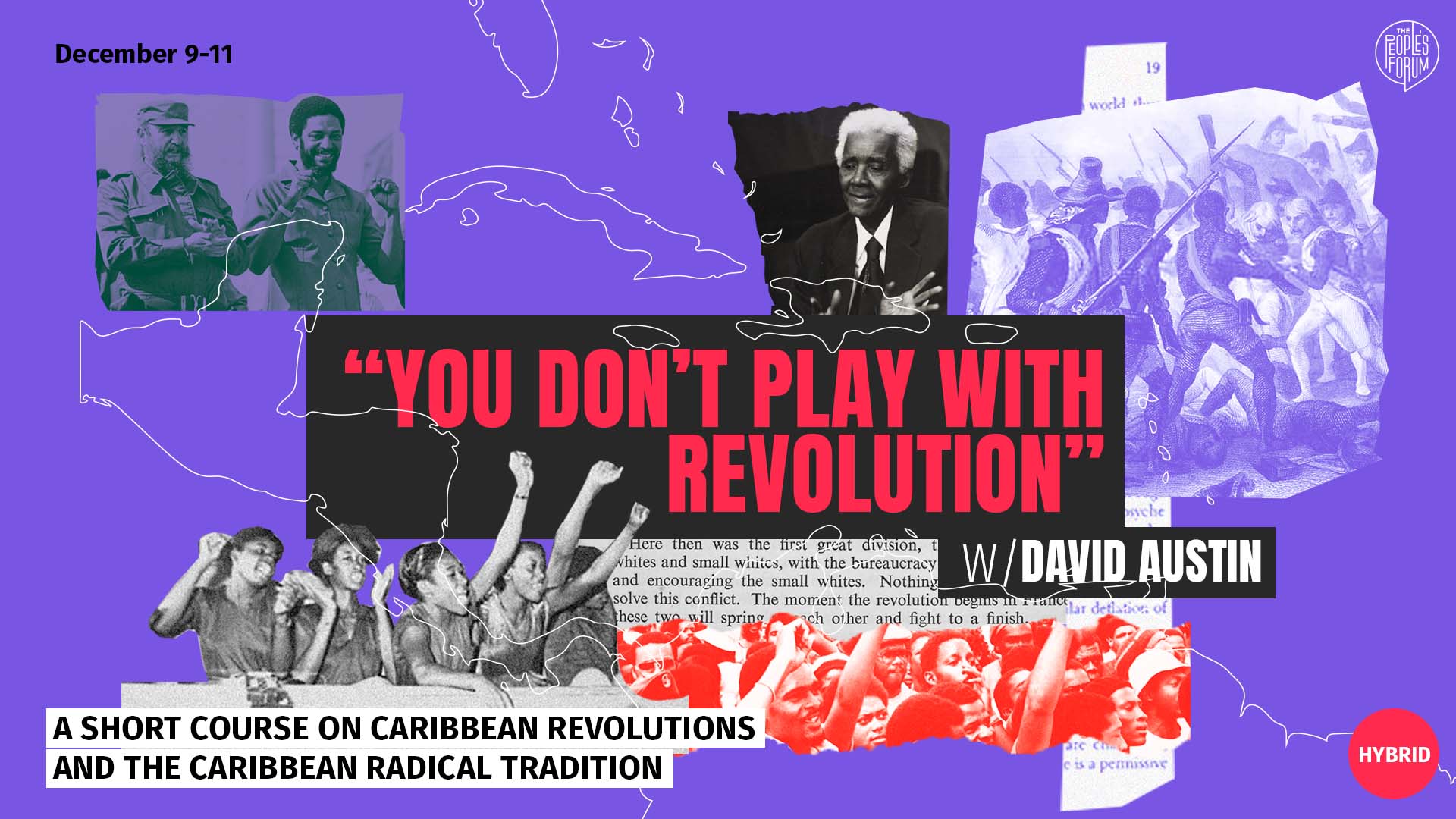 Divided into three sessions, these conversations will explore the theory and practice of Marxism and revolutionary politics through the prism of the Haitian Revolution, Grenadian Revolution, and the ongoing Cuban Revolution and Caribbean radical politics in general.

Drawing on the ideas of C.L.R. James alongside thinkers such as Frantz Fanon, Andaiye, Walter Rodney, Claudia Jones, and Elma Francois, among others, these conversations will also explore the Caribbean Radical Tradition within the diaspora while invoking pan-African socialist politics from the 1930s onwards.

This is a hybrid course, that will take place during the weekend of December 9 – 11.

Part One: This session will introduce Marxist economics and politics by examining C.L.R. James’s The Black Jacobins: Toussaint L’Ouverture and the San Domingo Revolution. We will discuss The Black Jacobins as a classic work of Marxist theory that is written through the experience of Haitian Revolution and in dialogue with the Russian Revolution with the goal of thinking about revolutionary politics in the present.

Part Two: Drawing on Marxist theory and critical debates about the Cuban Revolution in the 1960s through to the present, this session will explore Cuba as a revolution in motion. Drawing Cuba’s experience with socialism over the past sixty-plus years and as an example of the challenges involved in building socialism from below within the context of hostile neighbours and the absence of socialist allies.

Part Three: Drawing on the previous sessions, this session will pivot on the revolutionary experience of the people of Grenada. The Grenada Revolution is often used to mark both the apex and decline of socialism and radical politics in the Anglophone Caribbean. This session will question this assumption and think through what socialism and radical politics might look like today.