An encounter with Silvia Federici and “Caliban and the Witch” 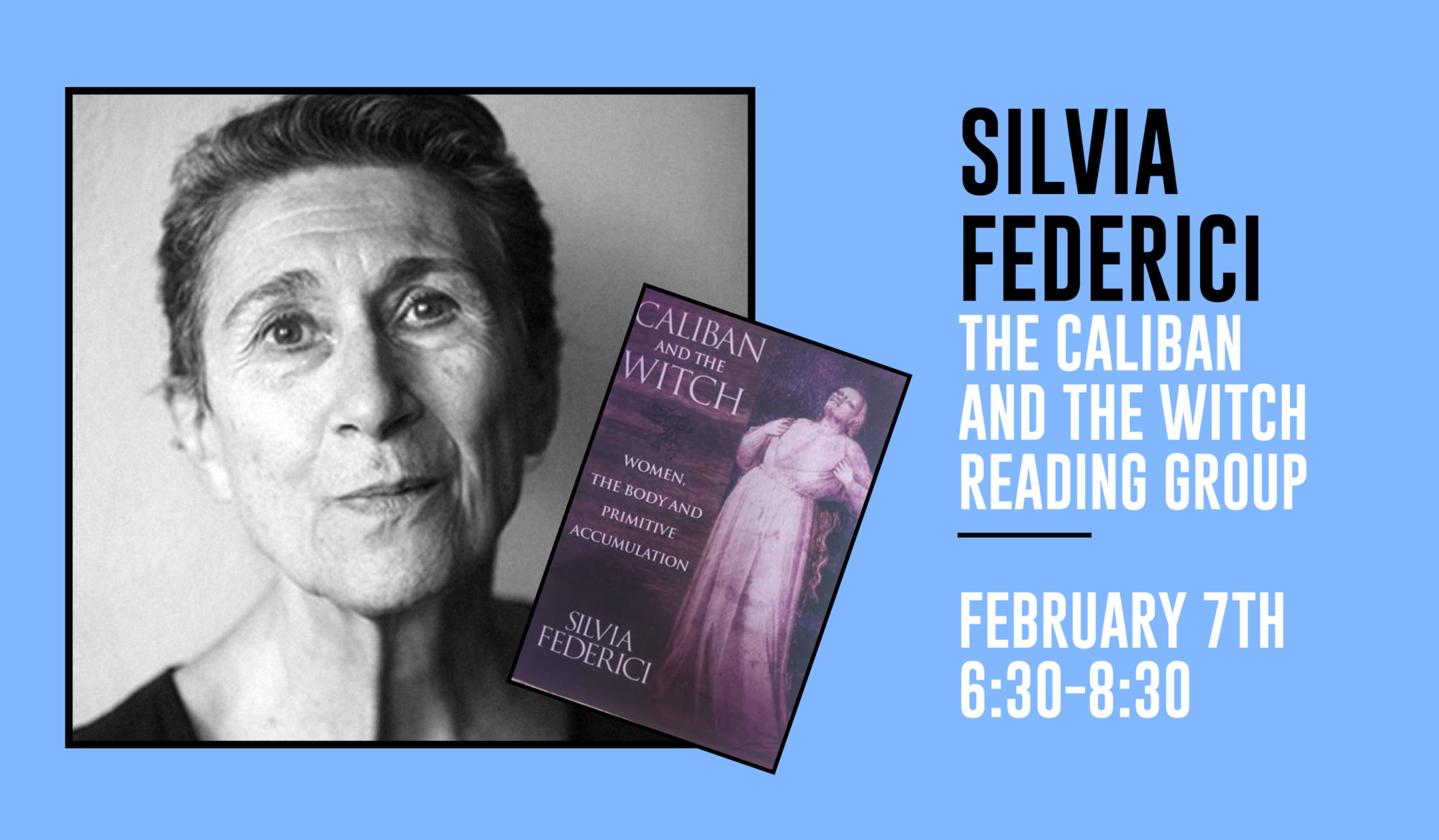 Join us on an intimate reading group of Caliban and the Witch: Women, the Body and Primitive Accumulation” with Silvia Federici, a writer, teacher and feminist from the Marxist tradition. This encounter will allow participants to explore Silvia’s book Caliban and the Witch and, in particular, to examine the design and function of the witch hunts.

Bio
In 1972 she was one of the founders of the International Feminist Collective, the organisation that launched the Campaign for Wages For Housework in the US and abroad. She has been active in the anti-globalization movement and the anti-death penalty movement. She is the author of many essays on political philosophy, feminist theory, cultural studies, and education. Caliban and the Witch has been translated and published in Spanish, Korean, Greek and Turkish and is presently being translated into French, Japanese, and Serbian. Federici is Emerita Professor of Political Philosophy and International Studies at Hofstra University (Hempstead, New York).

*****Reading “Caliban and the Witch” in full prior to the reading group is required.