Afrofeminists on Caring for Life in Colombia: Protecting lives in Colombia in the age of targeted killings 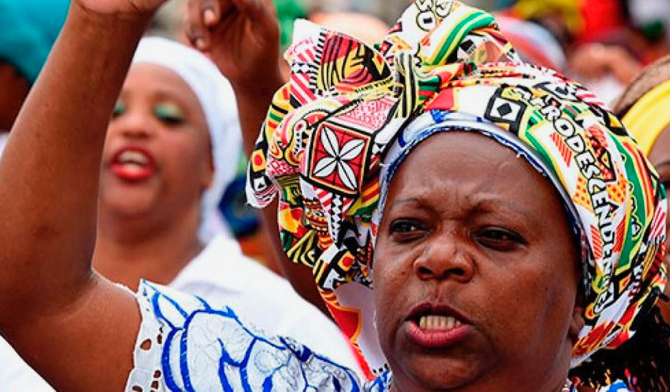 Colombia remains one of the most dangerous countries in the world to be a human rights leader. Since the peace agreement in 2016, 463 activists have been killed. Afro-Colombian activist, Sofia Garzón, a victim of an assasination attempt herself,  will share the realities and struggles of doing healing work as a Black feminist who seeks to defend life and stand against the destructive forces of racism, neoliberalism, and war. Sofia participates in numerous local, national, and international organizations in Colombia including the Process of Black Communities (PCN), the Movement for the Care of Life and Ancestral Territories, the Afro-Colombian National Peace Council (CONPA), the Agrarian, Peasant, Ethnic, and Popular Summit, and Via Campesina. During this conversation, she will speak about the challenges and opportunities of pursuing an Afro-Feminist agenda in Colombia, particularly during this difficult moment of social and political transformation following the signing of the Peace Accords in 2016.

Sofía Garzón: Sofía is an Afro Colombian social leader. She is part of several local, national and international organizations. She is interested in healing actions from autonomous local experiences, which can provide public services through transformative, redistributive, and reparative economic policies.