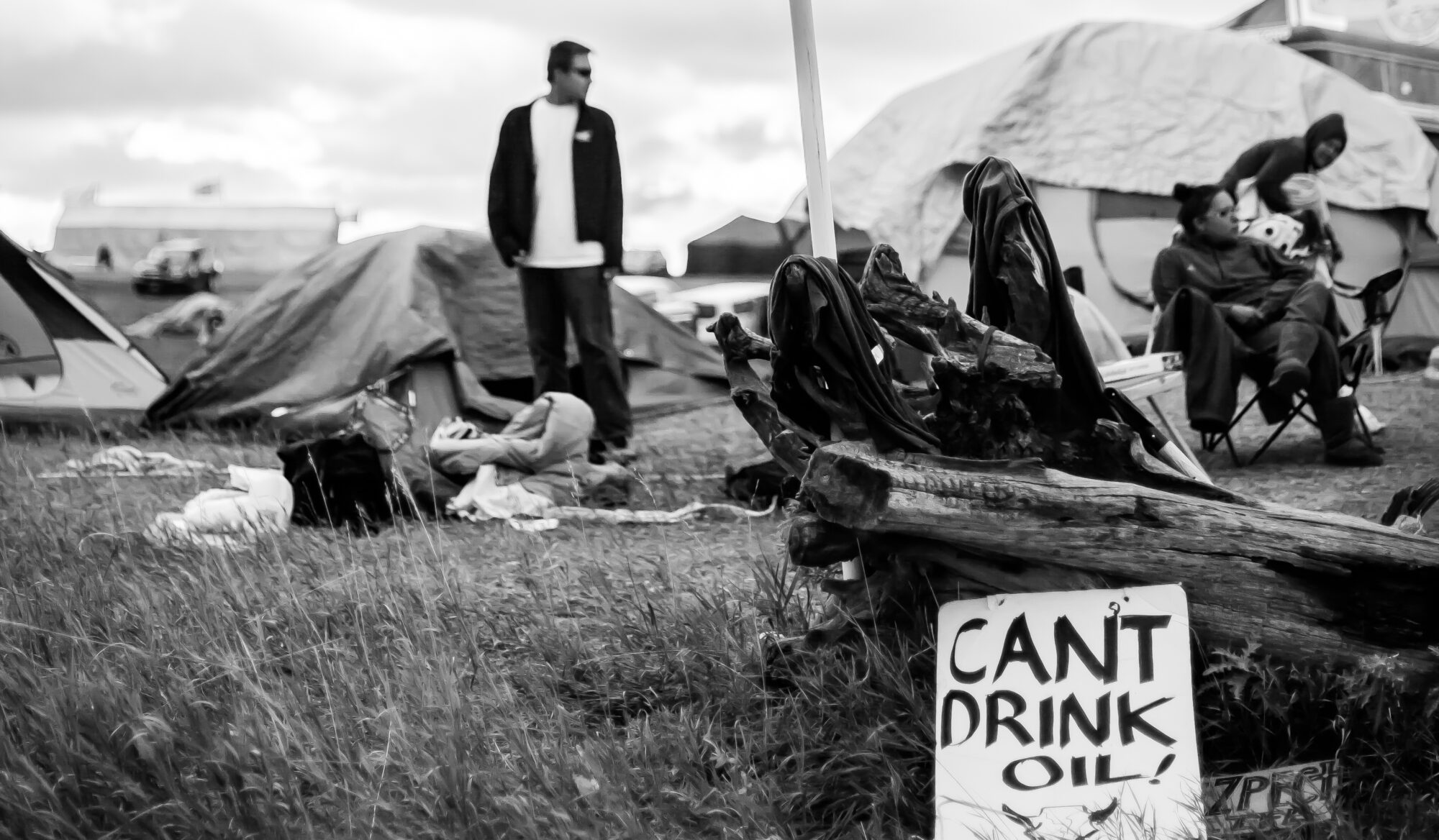 Dispatches of radical political engagement from people taking a stand against the Dakota Access Pipeline.

Amid the Standing Rock movement to protect the land and the water that millions depend on for life, the Oceti Sakowin (the Dakota, Nakota, and Lakota people) reunited. Through poetry and prose, essays, photography, interviews, and polemical interventions, the contributors reflect on Indigenous history and politics and on the movement’s significance. Their work challenges our understanding of colonial history not simply as “lessons learned” but as essential guideposts for activism.

Nick Estes is Kul Wicasa, a citizen of the Lower Brule Sioux Tribe. He is assistant professor of American studies at the University of New Mexico; cofounder of The Red Nation, an organization dedicated to Indigenous liberation; and author of Our History Is the Future: Standing Rock versus the Dakota Access Pipeline, and the Long Tradition of Indigenous Resistance.

Jaskiran Dhillon is a first-generation anticolonial scholar and organizer who grew up on Treaty Six Cree Territory in Saskatchewan, Canada and a founding member of the New York City Stands with Standing Rock Collective. She is associate professor of global studies and anthropology at The New School and author of Prairie Rising: Indigenous Youth, Decolonization, and the Politics of Intervention.

Kevin Bruyneel is Professor of Politics at Babson College in Massachusetts. He is also a member of the collective of Abolition: A Journal of Insurgent Politics.Bruyneel wrote The Third Space of Sovereignty: The Postcolonial Politics of U.S.-Indigenous Relations, and has a forthcoming book Settler Memory: The Disavowal of Indigeneity in the Political Life of Race in the United States, to be published in the Critical Indigeneities Series at University of North Carolina Press.
Nitasha Dhillon has a B.A. in Mathematics from St Stephen’s College, University of Delhi, and attended the Whitney Independent Study Program in New York and School of International Center of Photography. She is a Ph.D. candidate at Department of Media Study – University of Buffalo in New York. Amin Husain has a B.A. in Political Philosophy, a J.D. from Indiana University School of Law, and an LL.M. from Columbia Law School. He teaches at New York University. Amin Husain and Nitasha Dhillon are MTL, a collaboration that joins research, aesthetics, and action in its practice. As MTL they founded Global Ultra Luxury Faction (G.U.L.F.), direct action wing of Gulf Labor Artist Coalition and MTL+, the collective facilitating Decolonize This Place, an action-oriented movement that blurs the lines between art, organizing and action around six strands of struggle: Indigenous struggle, Black liberation, free Palestine, global wage worker, de-gentrification, and dismantling patriarchy. Currently, MTL is in post-production on a feature length, experimental documentary that weaves together the fractured Palestinian landscape with insurgent voices and sounds in an unfolding reorientation to think with Palestinians about decolonization today.

Elizabeth Ellis is an assistant professor of History and the director of Native Studies Forum at New York University. Liz is also a citizen of the Peoria Tribe of Indians of Oklahoma.

Sandy Grande is a Professor of Education and the Director of the Center for the Critical Study of Race and Ethnicity (CCSRE) at Connecticut College. Her research and teaching interfaces Native American and Indigenous Studies, Education and critical theory, toward the development of more nuanced analyses of the colonial present. In addition to publishing numerous chapters and articles, her landmark book, Red Pedagogy: Native American Social and Political Thought was recently published in a 10th anniversary edition and a Portuguese translation is anticipated to be published in Brazil in 2019. She is also a founding member of New York Stands for Standing Rock, that works to forward the aims of Native American and Indigenous sovereignty and resurgence. As one of their projects, they published the Standing Rock Syllabus. In addition to her scholarly pursuits she has provided eldercare for her parents for over ten years and remains the primary caregiver for her 91-yr. old father.
Standing with Standing Rock: Voices from the #NoDAPL Movement is available from the University of Minnesota Press.
Photo Credit: You Can’t Drink Oil (Jaida Gray Eagle).