A Labor History Teach-in for Organizers 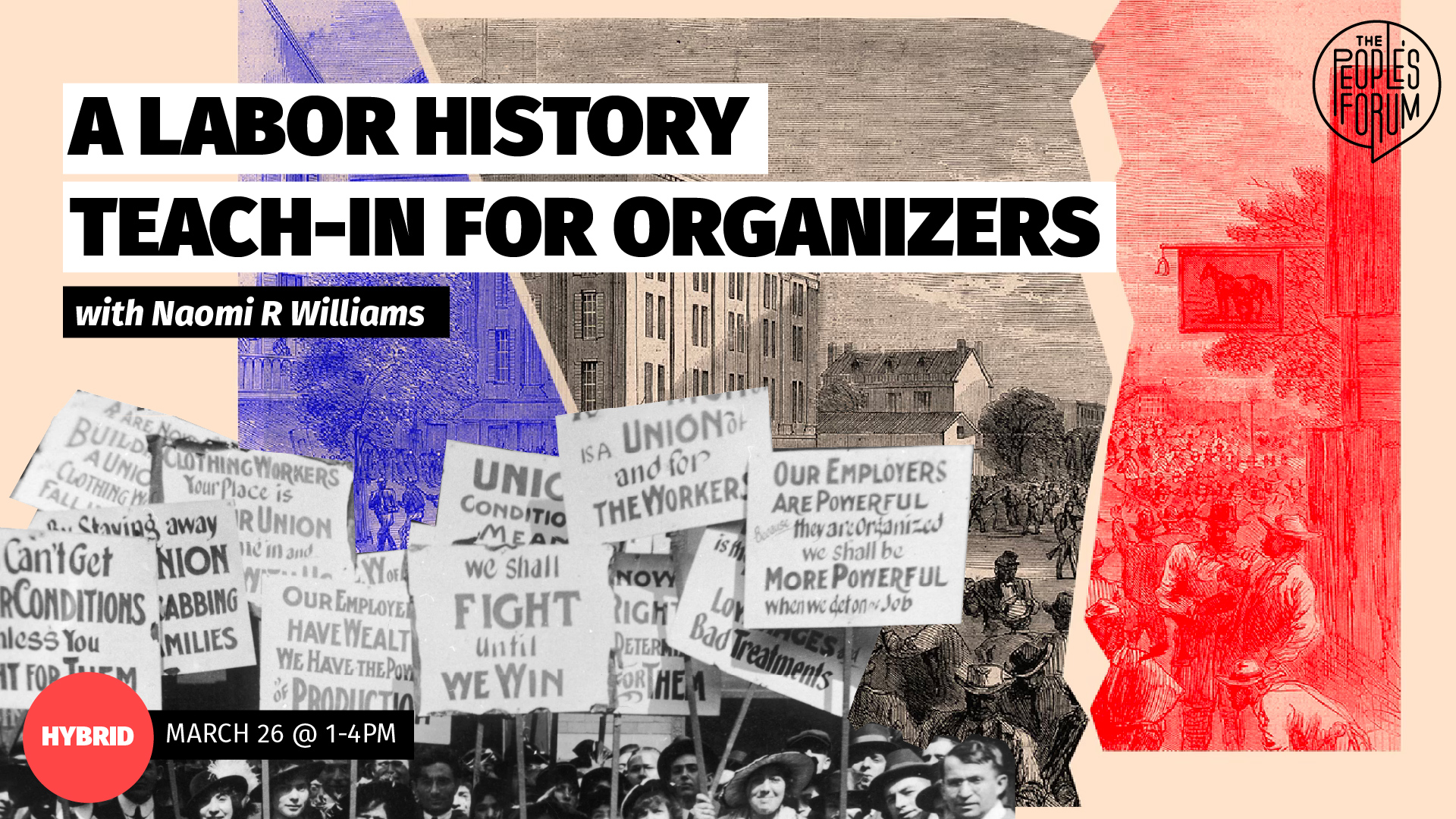 In the last year, we have seen a notable rise in worker uprisings, union strikes, and factory floor walkouts due to the continued crisis of unacceptable working conditions in the US, exacerbated by the pandemic. From the fight for unionization by Amazon workers in Bessemer, Alabama to walkouts by nurses in Chicago, to the continued struggle for a $15 minimum wage from fast food workers, it’s clear we are in a moment of intensified struggle.

Today’s struggles have roots in the past, though most of us may not have been exposed to the rich history of labor organizing. This teach-in will cover a wide trajectory of this history, from the Reconstruction era, to worker mobilizations in the 1930s and 1940s, to Occupy Wall Street, to help us bring the lessons of the past to our analysis of today’s conditions. We seek to understand a full narrative and a usable history of labor for an analysis of today’s economic justice struggles.

This 3-hour teach-in, held in-person at The People’s Forum and with an option for virtual participation, will be an interactive and discussion-based session, led by scholar and organizer Naomi R Williams. It is geared towards organizers currently engaged in worker struggles and labor organizing. Alongside a study of history, we will also share and discuss the current context.

Professor Naomi R Williams received a PhD from the History Department at the University of Wisconsin-Madison. Their primary research interests include labor and working-class history, urban history and politics, gender and women, race and politics, and more broadly, social and economic movements of working people. Naomi’s primary focus is on late-capitalism at the end of the 20th century and workers’ role in shaping U.S. political economy. Currently, they are revising a book manuscript, tentatively titled “Workers United: Race, Labor, and Coalition Building in Deindustrialized America,” on the transformation of class identity and politics in the second half of the twentieth century. We have hosted them at The People’s Forum for our Histories of the Working Class 2021 series for a talk on race, labor, and coalition building in Racine, Wisconsin.