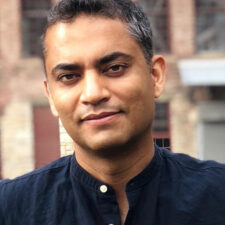 Mohamad Junaid teaches Cultural Anthropology at the Massachusetts College of Liberal Arts. He has a Ph.D. in Anthropology from the Graduate Center, CUNY. His research interests include formation of political subjectivity; military occupations; space and place; violence and precarity; visual politics; memory and cultural production. He has written on Kashmir in both scholarly and news publications, including Everyday Occupations: Experiencing Militarism in South Asia and the Middle East (2013, University of Pennsylvania Press); Resisting Occupation in Kashmir (2018, University of Pennsylvania Press); Until My Freedom Has Come: The New Intifada in Kashmir (2012, Haymarket Books); Of Occupation and Resistance (2013, Tranquebar); The Hanging of Afzal Guru (2013, Penguin). His essays have also appeared in Economic and Political Weekly, Greater Kashmir, Tanqeed, Al-Jazeera, Turkish Radio and Television, Tehelka, and Guernica. He grew up in Kashmir.

Past Classes with Mohamad Junaid 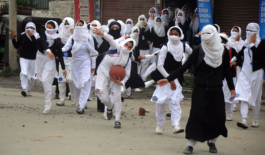 Resisting Occupation: A Teach-in on Kashmir

During this teach-in, the instructors will present a brief historical overview of the Kashmir issue, and discuss the contemporary context of state violence and repression and youth resistance.
Event Categories:
Classes, Education