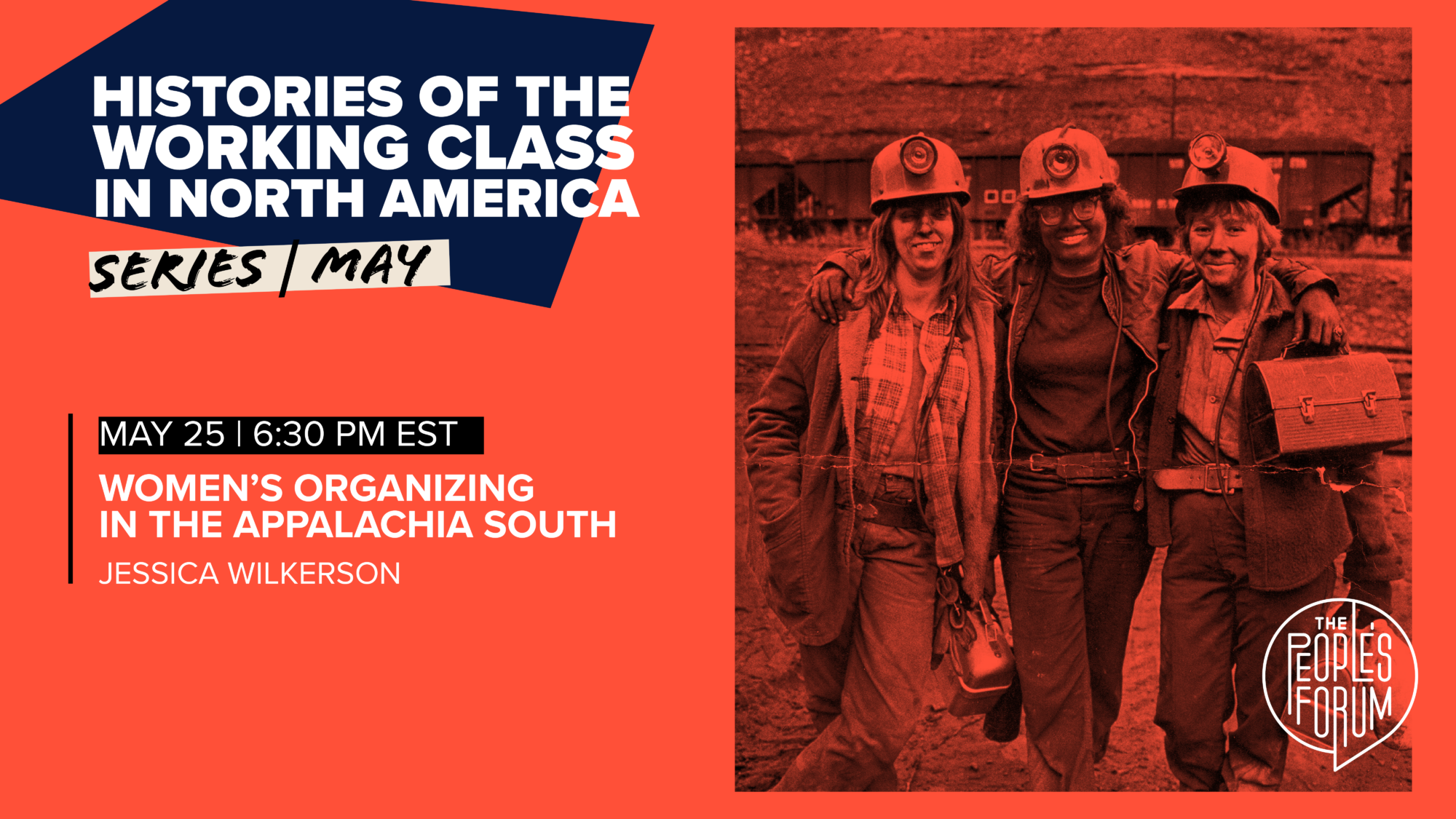 As a part of an ongoing series hosted by The People’s Forum, Histories of the Working Class in North America, Jessica Wilkerson, scholar and historian, will give a public talk on women’s organizing in the Appalachia South. This event will be on Zoom. RSVP below!

Dr. Wilkerson specializes in the histories of Appalachia and the South, modern America, women and gender, and labor and the working class. Her first book, To Live Here, You Have to Fight: How Women Led Appalachian Movements for Social Justice (University of Illinois Press, 2019), traces the alliances forged and the grassroots movements led by women in the Appalachian South in the 1960s and 1970s. She shows how white Appalachian women acted as leaders and soldiers in a grassroots war on poverty–shaping and sustaining programs, engaging in ideological debates, offering fresh visions of democratic participation, and facing personal political struggles. Their insistence that caregiving was valuable labor clashed with entrenched attitudes and rising criticisms of welfare. Their persistence, meanwhile, brought them into coalitions with Black women, disabled miners, and others to fight for causes that ranged from poor people’s rights to community health to unionization.