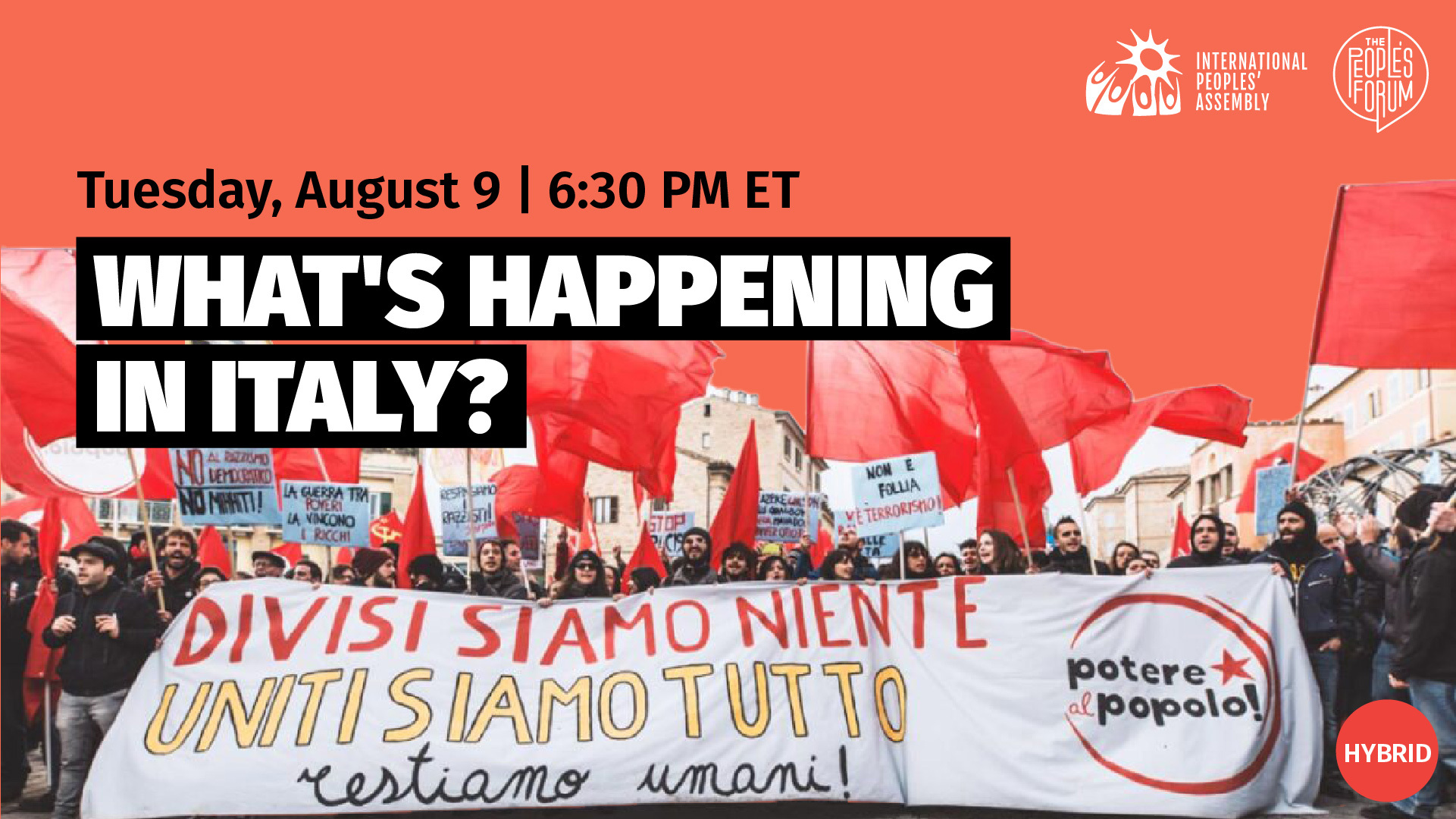 At the end of July, Italy’s Prime Minister and former European Central Bank chef Mario Draghi resigned from the government and early elections (September 25) has been announced. What is happening in Italy and why does it matter?

Join us for a public discussion to better understand the political and social dynamics in the Southern European country and in the European continent.

Hear from:
Salvatore Prinzi, member of the National Coordination of Potere al Popolo

Maurizio Coppola, member of the European Secretariat of the International People’s Assembly.