Theater of the Oppressed Training 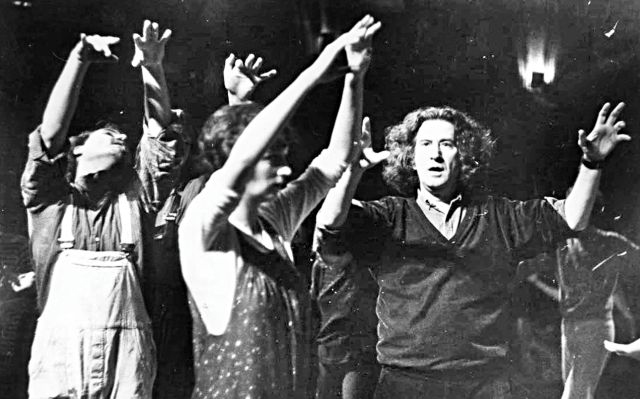 The Theater of the Oppressed, established in the early 1970s by Brazilian director Augusto Boal (1931-2009), is a form of popular theater, of, by, and for people engaged in arts for community building and civic engagement. Rooted in the Brazilian popular education and culture movements of the 1950s and 1960s, it is a rehearsal theater designed for people who want to learn ways of fighting back against oppression in their daily lives.

Accordingly, the Theater of the Oppressed is a participatory theater that fosters democratic and cooperative forms of interaction among participants. Theater is emphasized not as a spectacle but rather as a language designed to foster critical thinking: 1) analyzing and discussing social problems; and 2) exploring group solutions to these problems.

We will explore our bodies as a tool of representing feelings, ideas, and relationships. Use games and exercises to recognize and confront internalized forms of oppression, and explore power relations and collective solutions to concrete problems.

These ongoing community trainings are for folks new to T.O. or returning to deepen their understanding of how the tools can be used for radical transformation.  Each workshop can be taken as a stand-alone or together as a series.

Community organizers, cultural organizers, healers, activists, and radical educators are invited to learn how to apply these methods and tools in your ongoing work.