Teach-in: Self-Determination and Solidarity in Kashmir 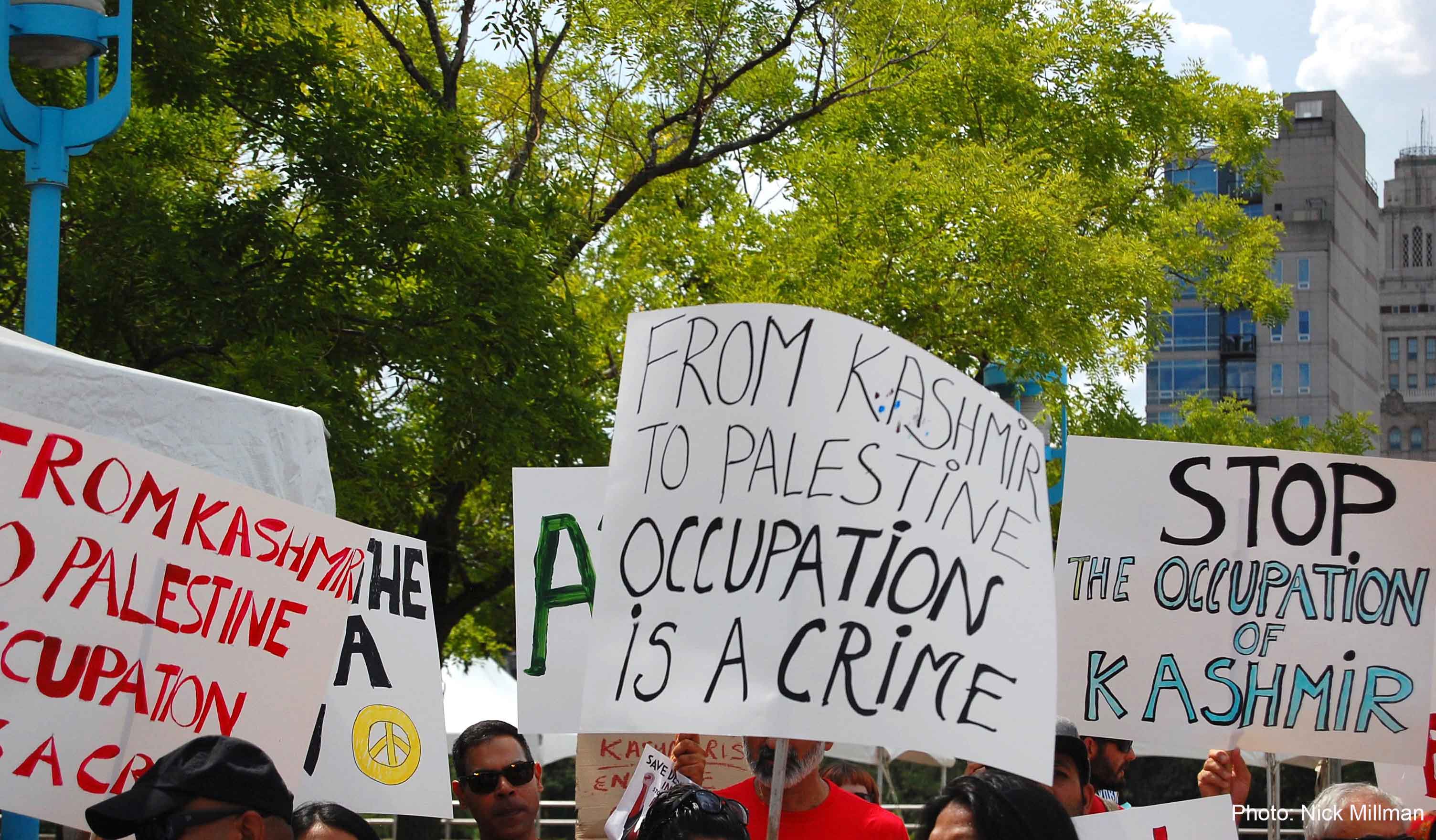 This teach-in is geared towards building solidarity between the Kashmiri and Palestinian anti-occupation movements. The instructors will give a history of the Kashmiri struggle for self-determination, provide an analysis of the Indian occupation of Kashmir, and reflect on the ties between India and Israel, as well as the need for greater mobilization between the Palestinian and Kashmiri solidarity movements.

Cosponsored by the Palestinian Youth Movement, Jewish Voice For Peace, and CODEPINK.

Hafsa Kanjwal is an Assistant Professor of South Asian history at Lafayette College. She completed her PhD in history and women’s studies at the University of Michigan, Ann Arbor. Her research focuses on post-Partition state-formation in Indian occupied Kashmir. She has written on Kashmir for a variety of news outlets including The Washington Post, Al Jazeera English, Kindle Magazine, Foreign Policy Magazine, Kashmir Life, Kashmir Ink, and the Al Jazeera Center for Study. She has spoken on Kashmir for Al Jazeera English’s The Stream and Inside Story news programs.

Azad Essa is a senior reporter at Middle East Eye. Previously, he worked for Al Jazeera English covering central Africa as well as parts of South Asia, including Kashmir. He was the foreign policy columnist for South Africa’s second biggest media group Independent Media partially owned by the Chinese. He was subsequently fired for writing about China’s persecution of the Uighurs. He is also the author of “The Moslems are Coming.”

Mahum Shabir is a third-year law student at the City University of New York, School of Law. Her area of interest is international human rights and humanitarian law. Previously, she worked in Indian Administered Jammu and Kashmir with the Jammu and Kashmir Coalition of Civil Society – a movement lawyering organization. She is a co-author of Structures of Violence, a report that examines the legal and political impunity for armed forces in Indian Administered Kashmir in the context of extensive militarization.