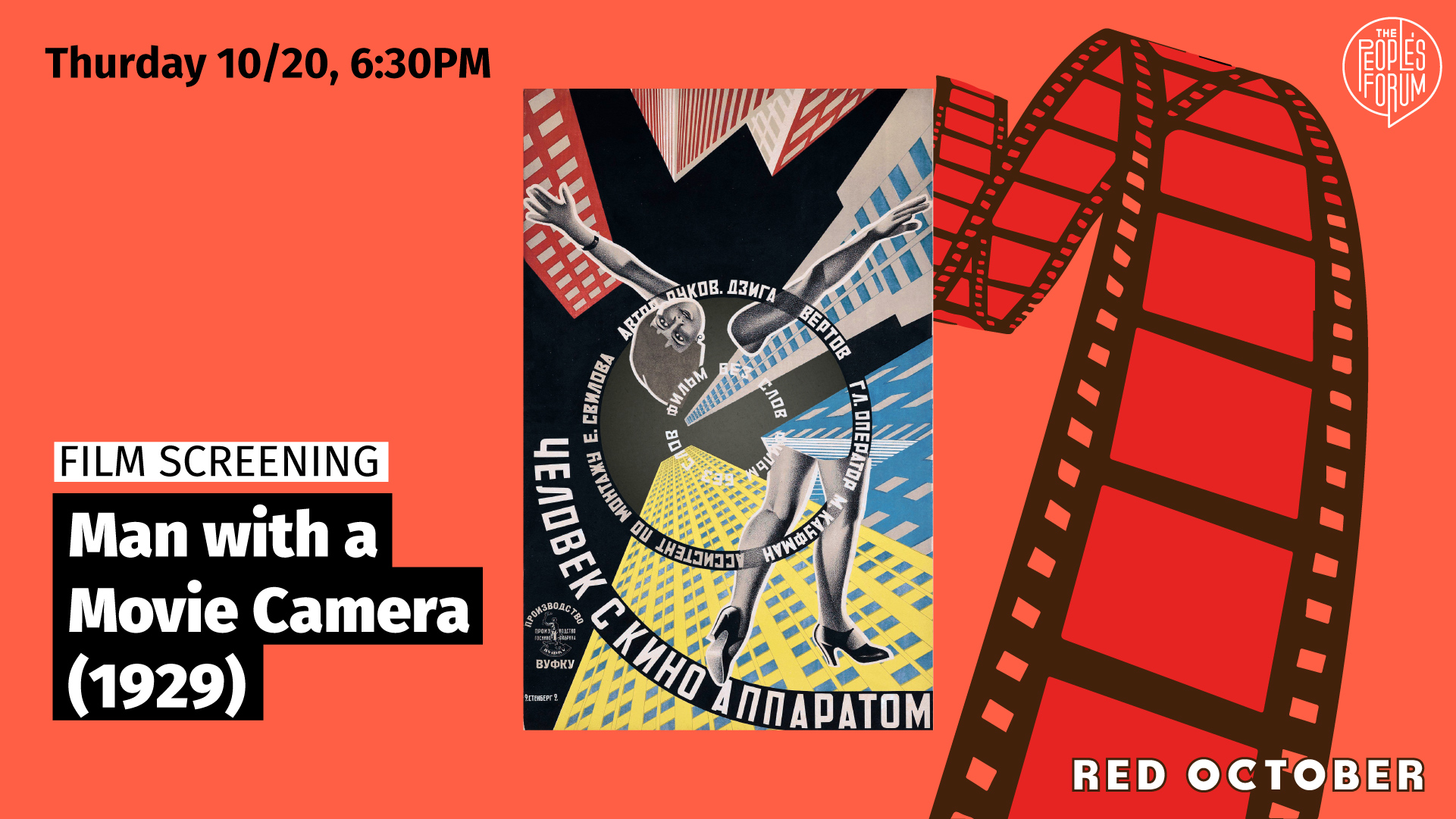 Man with a Movie Camera is an experimental 1929 film, part documentary and part cinematic art. It follows a city in the 1920s Soviet Union from morning to night, and depicts scenes of ordinary life in the USSR with a variety of complex and innovative camera shots.