“From Columbus to Castro” a Retrospective” 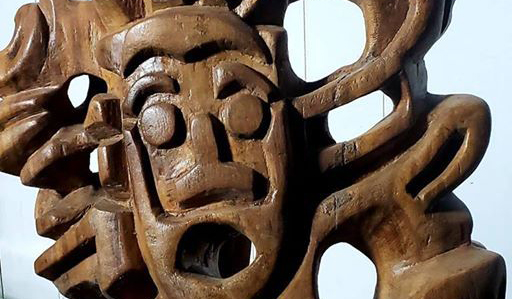 A two-day Art Exhibit consisting of original paintings, sculptures and multimedia pieces that use various materials including leather, wire, and video by many artists including Desmond Alli, Omowale Lumumba, accompanied by poetry readings and a short lecture on the context of the exhibit itself.  “From Columbus to Castro” a Retrospective”, attempts to record and interpret the impact on the world of Columbus’ arrival in the ‘New World’ with particular emphasis on North America, the Carribean and Latin America, as well as Africa and Europe. All together this show is a reifies history concluding that Columbus was not the beginning and Castro not the end. They are points of departure and symbols of what happened and what could. You Imagine the land, what it was and could be and is..Art is a kind of science. It you look carefully you’ll see what other scientists take decades to unearth. We ask you to imagine a world without the people who literally made the ‘New World’ and in doing so, made the rest of the world.

This event includes the screening of the documentary W.A.R Stories. This documentary is a tribute to the life of Pan African activist Walter Rodney whose intellect and love of all people brightens the revolutionary discourse despite his assassins featuring notable scholars and activists including Amiri Baraka, Horace Campbell, and Robert Hill.