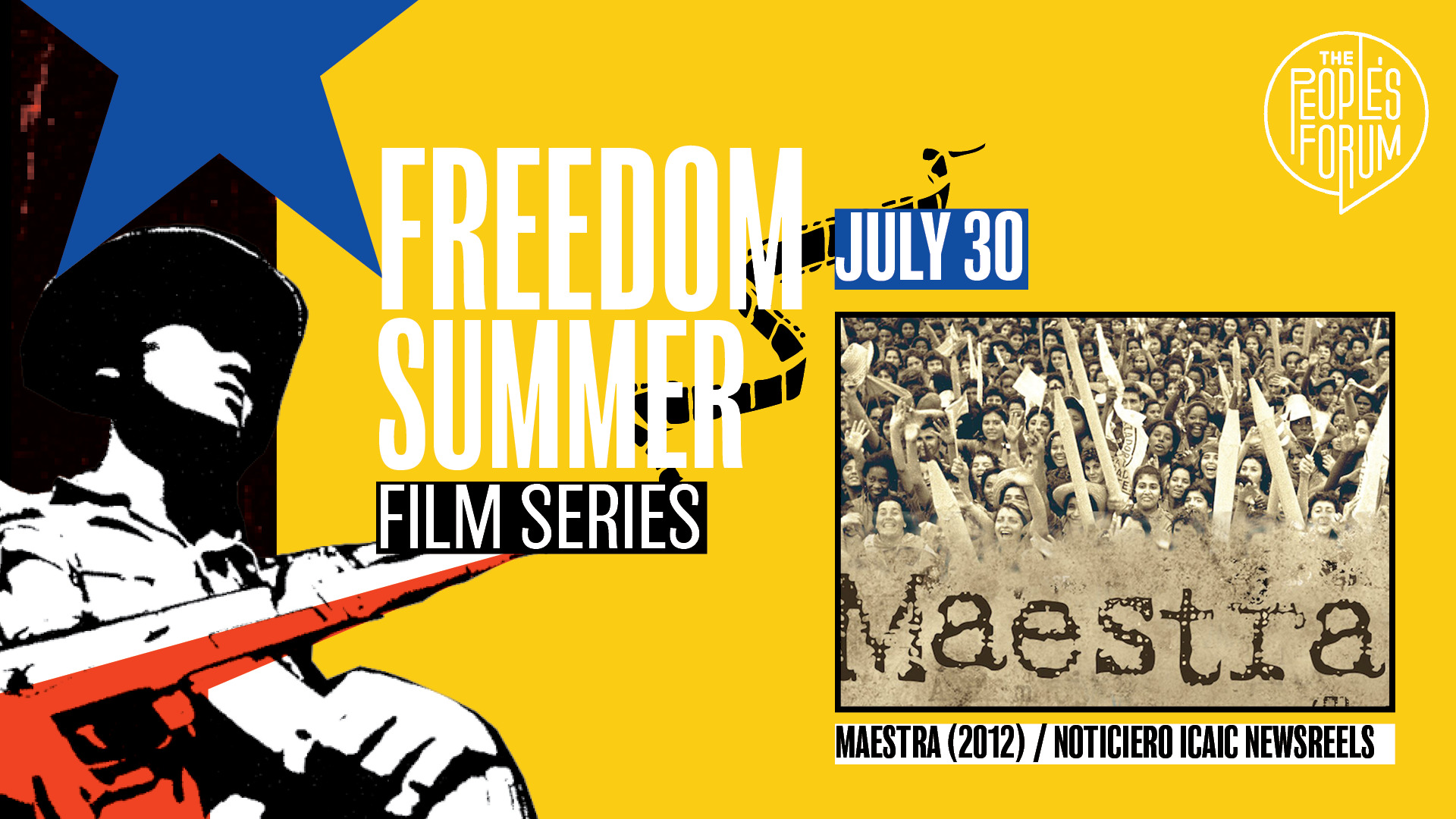 As we begin the reopening of our space, every Friday evening from May through August we will show a film in our screening room.

Cuba, 1961: 250,000 volunteers taught 700,000 people to read and write in one year. 100,000 of the teachers were under 18 years old. Over half were women. MAESTRA explores this story through the personal testimonies of the young women who went out to teach literacy in rural communities across the island – and found themselves deeply transformed in the process.

“Noticiero ICAIC Latinoamericano” was a series of cinematic newsreels produced from 1960 to 1990 by the Cuban film Institute ICAIC. The weekly news program, covering major local and global events, would be shown before film screenings in the capital, Havana, and in towns and villages around the island. Cinema newsreels are anachronisms now, but back then, Cubans were covering the news their way. And we haven’t seen anything like what they produced since.