Dockworker Power: Race and Internationalism | Histories of the Working Class in North America 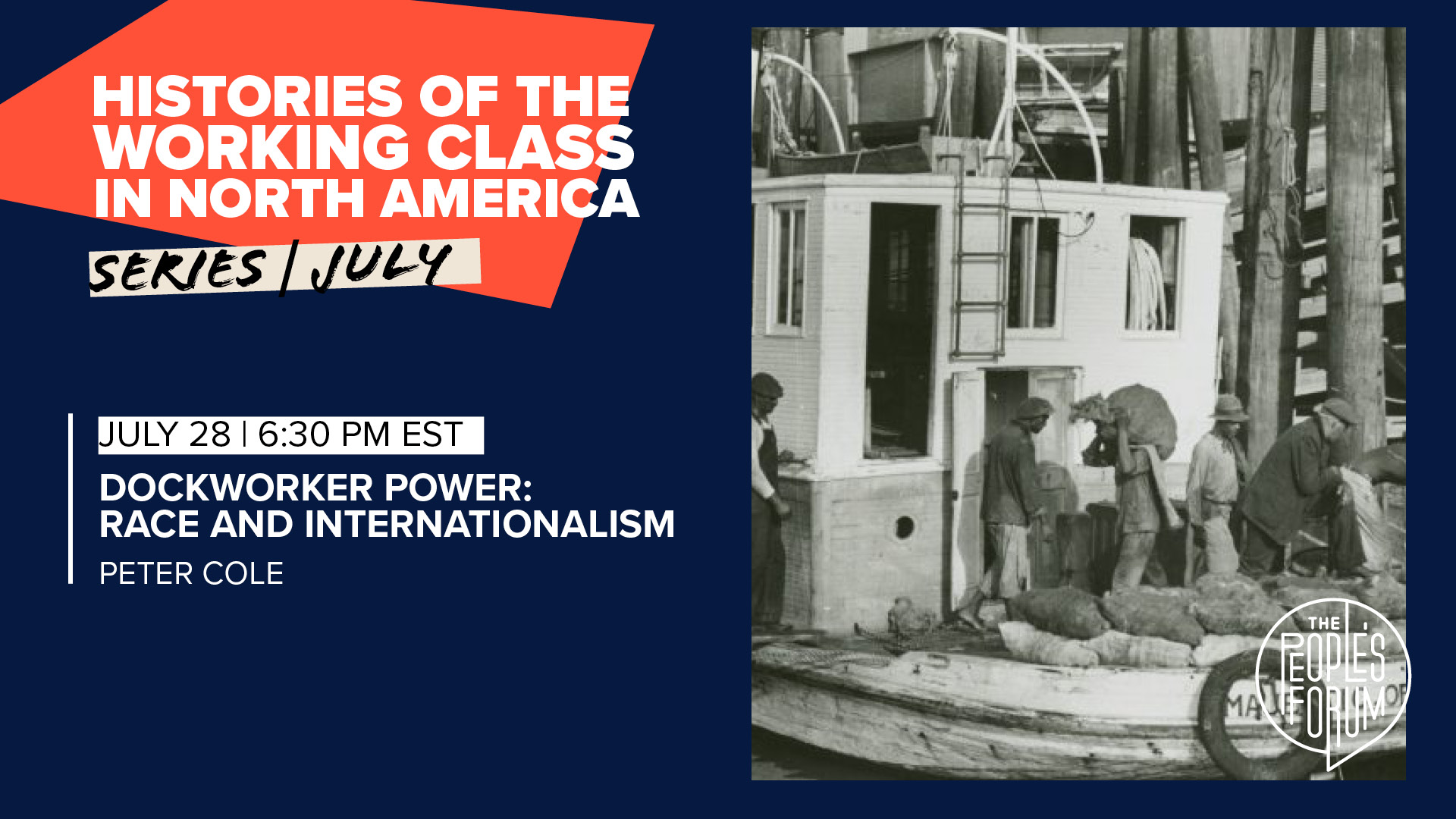 As a part of an ongoing series hosted by The People’s Forum, Histories of the Working Class in North America, Peter Cole, scholar and historian, will give a public talk on internationalist labor and union organizing struggles of dockworkers. This event will be on Zoom. RSVP below!

Dr. Peter Cole is a historian with teaching and research interests in the history of the United States, South Africa, along with a commitment to public art + history. Cole teaches the Department’s courses on African American History, Urban America, the Gilded Age and Progressive Era, and public history as well as the second half of the US survey, graduate seminars , special topics courses on South Africa, social movements, labor and working-class history, comparative history, as well as various historical methods courses.

Prof. Cole researches the history of social movements, especially how workers and labor unions organize in ethnically and racially diverse societies. He also maintains scholarly interests in the history of African Americans, deindustrialization, South Africa, cities, technology, popular culture, historical memory, and the maritime world.  He is a Research Associate in the Society, Work and Development Institute (SWOP) at the University of the Witwatersrand in Johannesburg, South Africa.