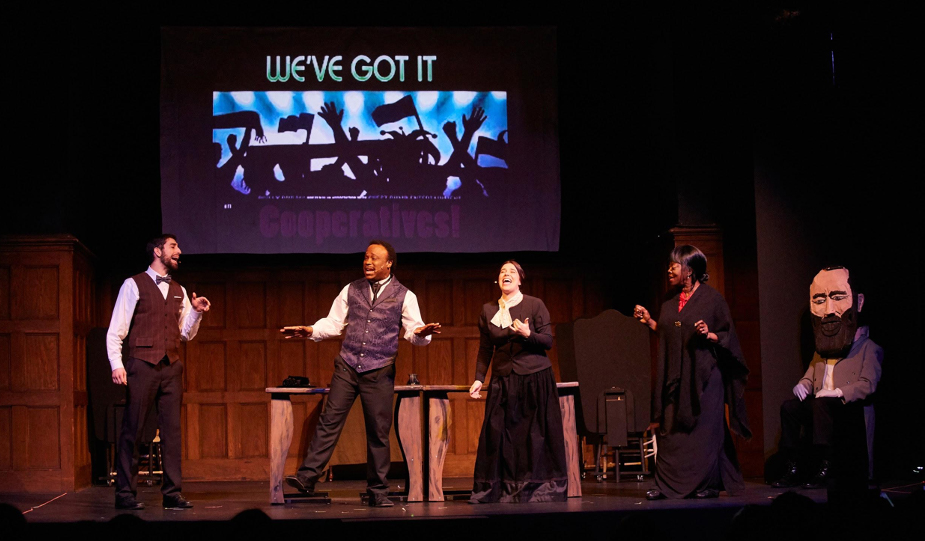 During this historic moment of both crisis and opportunity, the film version of the musical, The Moment Was Now, captures the striking parallels between the era of Reconstruction portrayed in the film and our current movements for justice. “Moment” takes place in 1869 during Reconstruction, a pivotal period in U.S. history described as an era when “America almost did the right thing.” It echoes the depth of white supremacy that has come center stage again today, at a time when large numbers of people are struggling with economic disaster. The current uprisings have again inspired a national awakening of people from all walks of life. As in the film, the challenges of building a united movement against a profoundly oppressive system are before us.

The story reveals the impassioned search for unity among the dynamic leaders of powerful social movements during Reconstruction. Like today, violence was used to defend the status quo, in that case by the KKK. The contemporary themes of the search for racial and economic justice and women’s rights reverberate throughout the musical. The conflicts and possibilities unfold in music and spoken word at a meeting convened by Frederick Douglass. Hope hangs in the balance.

The musical played live in Baltimore in 2019/20 and, since Covid 19, the film version has been showing widely online, sponsored by labor councils, progressive groups, teachers, and others with playwright Gene Bruskin and director Darryl! Moch joining for discussion.