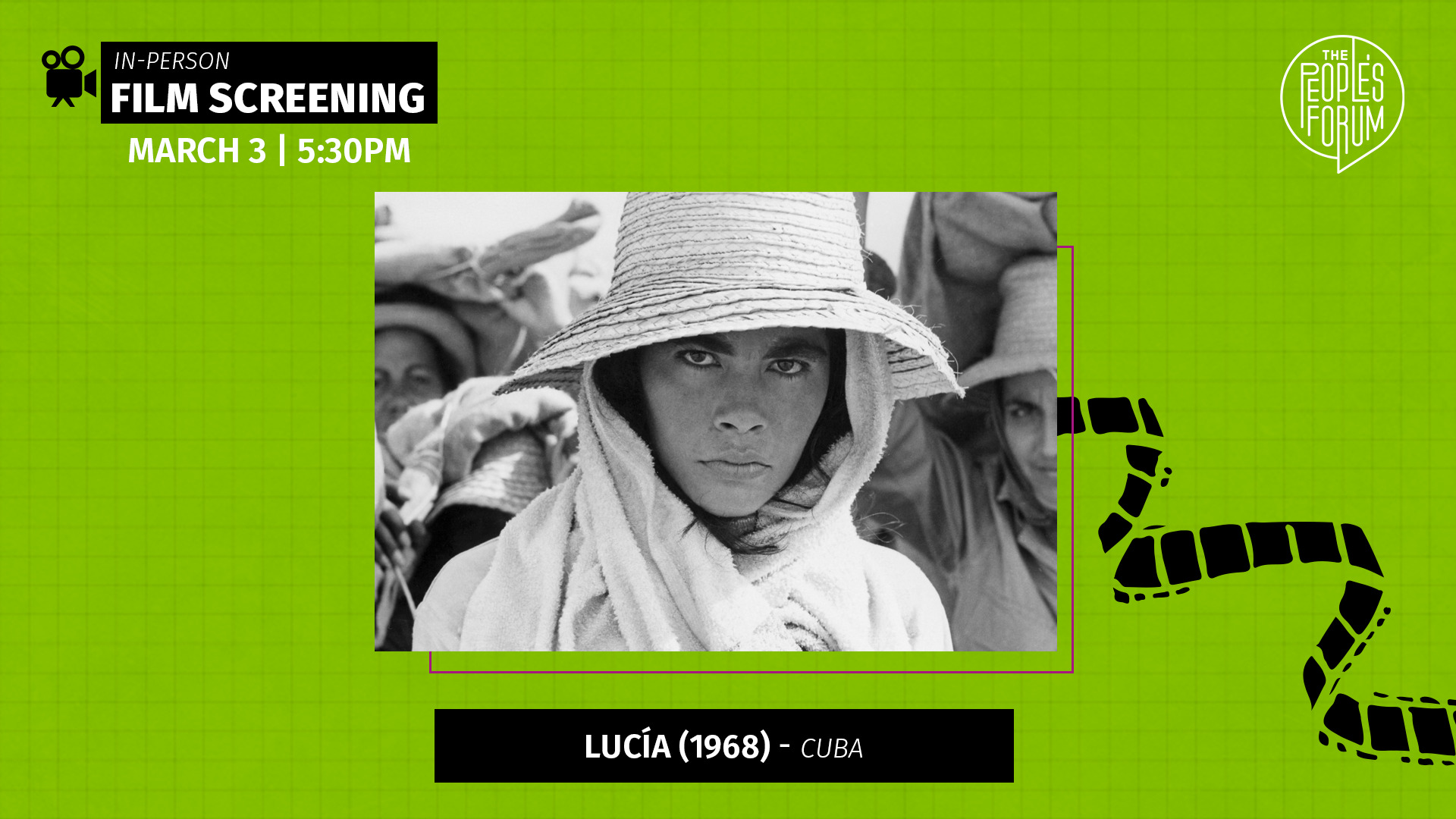 The People’s Forum is your alternative cinema for 2022! Join us every Thursday evening to watch a film on national liberation, revolutionary history, and working class struggle! For our film on March 3rd from 5:30 to 8:00pm EST, we will be screening Lucía, directed by Humberto Solás! Lucía won the Golden Prize and the Prix FIPRESCI at the 6th Moscow International Film Festival in 1969 and was restored and screened at the Cannes Classics section of the 70th Cannes Film Festival in May 2017.

For this film, we will be hosting a discussion after for attendees to reflect on the movie and continue learning with your fellow audience members.

Lucía is a 1968 Cuban black-and-white drama film directed by Humberto Solás, and written by Solás, Julio García Espinosa and Nelson Rodríguez. The film is a period piece, told in three stories in different moments of Cuban history (the Cuban war of independence, the 1930s during the regime of Gerardo Machado and the 1960s), all as seen through the eyes of a different woman, each named Lucía.