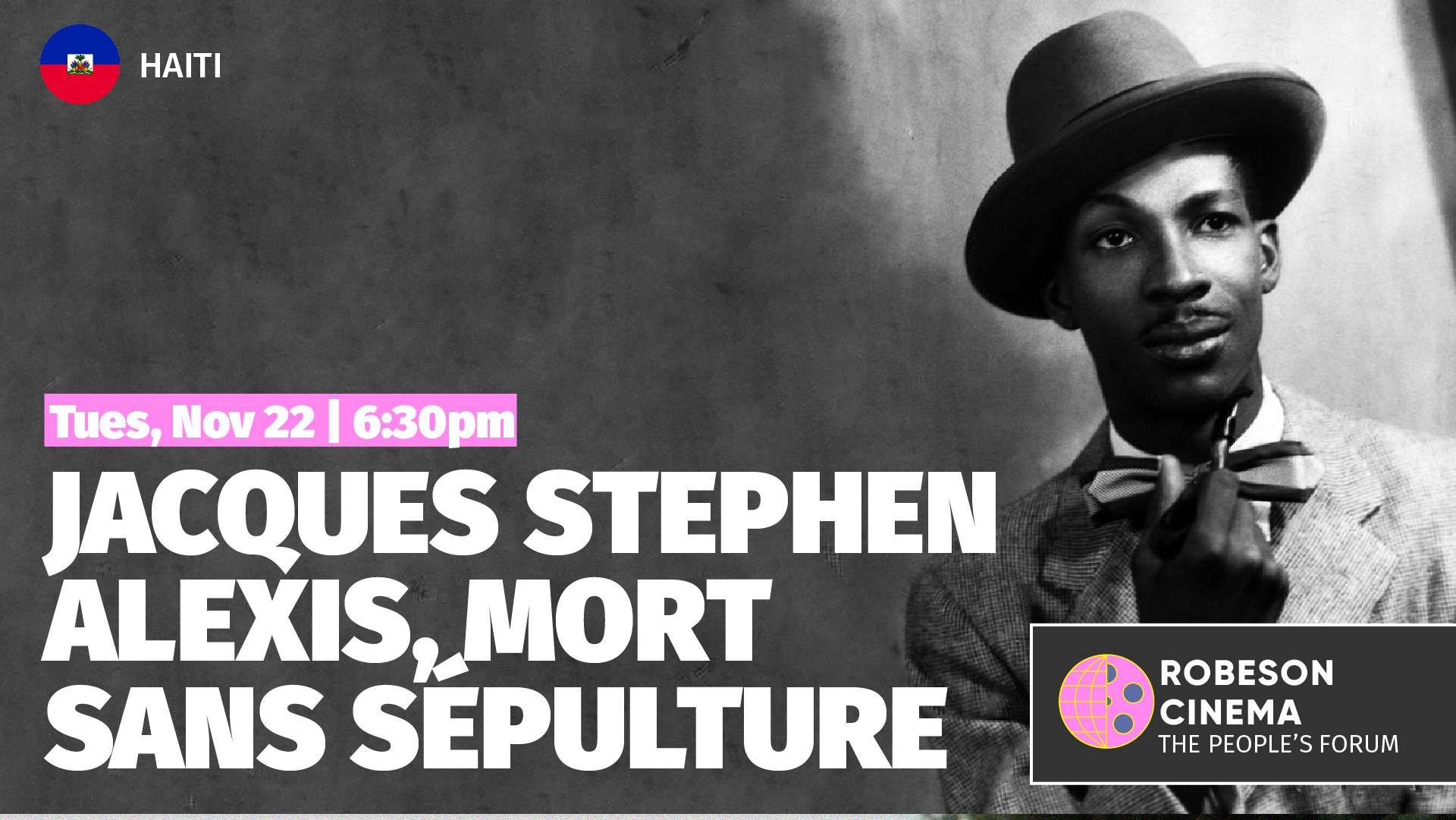 The great Haitian and Caribbean writer, Jacque Stephan Alexis, returned to Haiti in 1961 after a long journey abroad. But at the orders of François Duvalier, he is kidnapped along with four of his companions, and has been missing ever since.

Jacques Stephen Alexis, Dead Without a Grave is a film that portrays the efforts to decipher the mystery of his disappearance and find what happened to him, and through the investigation, brings us to closer to him as a revolutionary, a thinker, a man of science, a loving father and an immense writer.