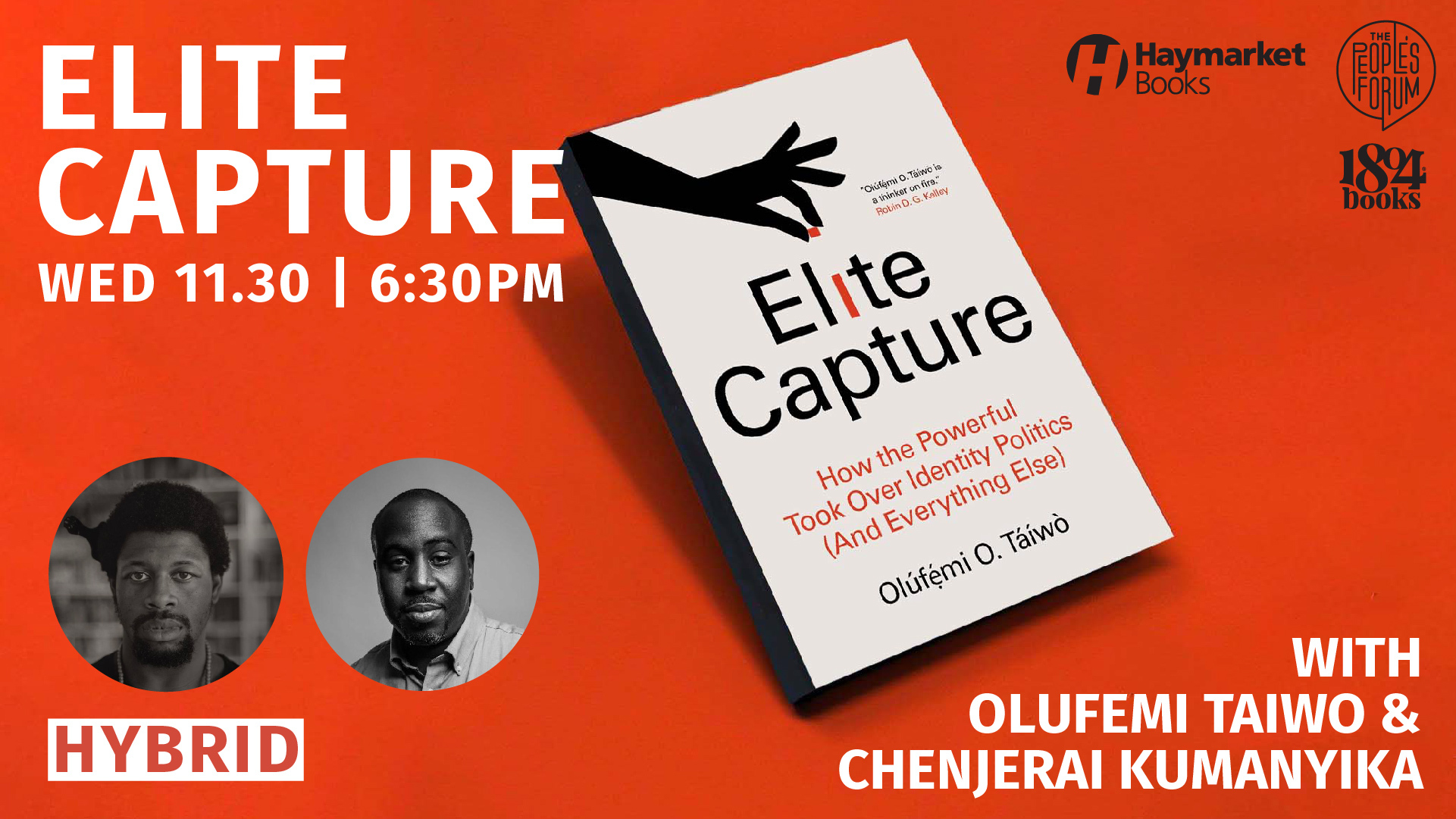 Please join us for an in-person book talk on Elite Capture: How the Powerful Took Over Identity Politics (And Everything Else) with author Olúfẹ́mi O. Táíwò.

Identity politics is everywhere, polarizing discourse from the campaign trail to the classroom and amplifying antagonisms in the media. But the compulsively referenced phrase bears little resemblance to the concept as first introduced by the radical Black feminist Combahee River Collective. While the Collective articulated a political viewpoint grounded in their own position as Black lesbians with the explicit aim of building solidarity across lines of difference, identity politics is now frequently weaponized as a means of closing ranks around ever-narrower conceptions of group interests.

But the trouble, Táíwò deftly argues, is not with identity politics itself. Through a substantive engagement with the global Black radical tradition and a critical understanding of racial capitalism, Táíwò identifies the process by which a radical concept can be stripped of its political substance and liberatory potential by becoming the victim of elite capture -deployed by political, social and economic elites in the service of their own interests. Táíwò’s crucial intervention both elucidates this complex process and helps us move beyond the binary of ‘class’ vs. ‘race’. By rejecting elitist identity politics in favour of a constructive politics of radical solidarity, he advances the possibility of organizing across our differences in the urgent struggle for a better world.

Olúfẹ́mi will be joined by Chenjerai Kumanyika, a researcher, journalist, and organizer who works as an assistant professor at the Arthur L. Carter Journalism Institute at NYU Arts & Science

This event will be held in-person and streamed on YouTube. If attending in person, please be prepared to show proof of vaccination and ID at the door.