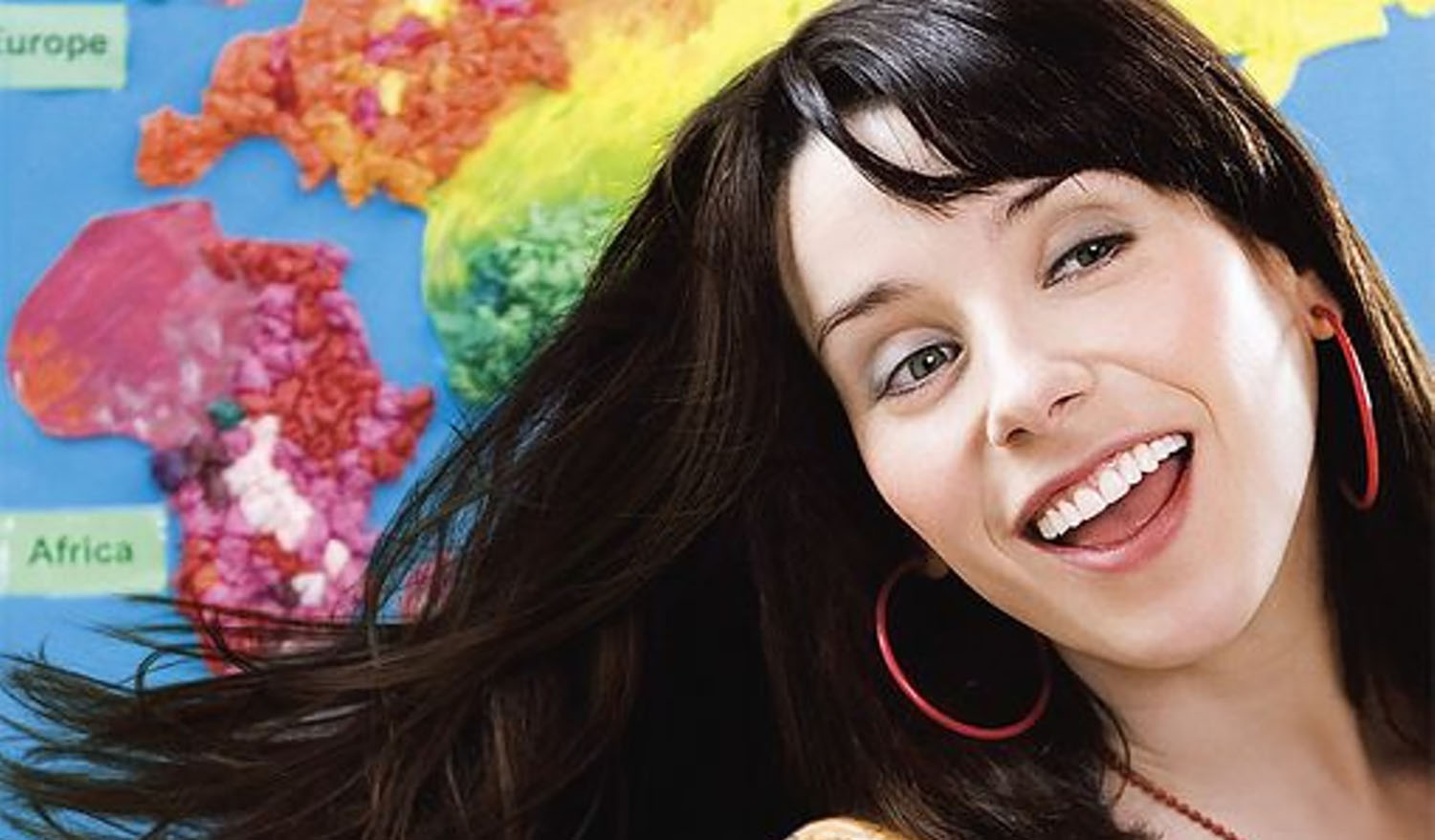 Thirty years old and single, Pauline “Poppy” Cross shares a London flat with her best friend Zoe, a fellow teacher. Poppy is free-minded, high-spirited and kind-hearted. The film opens with Poppy trying to engage a shop employee in conversation. He ignores her, yet his icy demeanour does not bother her. She maintains her good mood even when she discovers her bicycle has been stolen. Her main concern is not getting a new one or finding the bicycle, but that she did not get a chance to say goodbye to it. This prompts her to decide to learn how to drive.

When Poppy takes driving lessons for the first time, her positive attitude contrasts starkly with her gloomy, intolerant and cynical driving instructor, Scott. He is emotionally repressed, has anger problems and becomes extremely agitated by Poppy’s casual attitude towards driving. As Poppy gets to know him, it becomes evident that Scott believes in conspiracy theories. His beliefs are partly attributable to his racist and misogynistic views, which make it hard for him to get along with others. Scott seems to be angered by Poppy’s sunny personality and what he perceives as a lack of responsibility and concern for driving safety. Scott is exceptionally irritated by Poppy’s choice of footwear (a pair of high-heeled boots), which he feels compromises her ability to drive. From the outset, he feels Poppy does not take her lessons seriously and is careless.

From The Guardian (UK):
“Happy Go Lucky has been extravagantly admired since it premiered at the Berlin film festival earlier this year, and I find myself liking it more and more. Mike Leigh’s trademarked cartoony dialogue, as ever lending a neo-Dickensian compression and intensity to the proceedings, is an acquired taste and I have gladly acquired it, though some haven’t. I am not quite sure what I think about the big, final confrontation between Poppy and Scott. It is well-acted and composed, and Marsan is ferociously convincing, yet the episode is closed off a little too neatly, and Poppy seems eerily unaffected by this or anything else. The effect is a kind of odd and steely invulnerability: not unattractive exactly, but disconcerting.

“Sally Hawkins plays it superbly though: exactly right for the part and utterly at ease with a role that is uniquely demanding. In the factory-farmed blandness of the movies, Happy-Go-Lucky has a strong, real taste.”

Like other wholly original artists, Mike Leigh has staked out his own territory. His London is as distinctive as Fellini’s Rome or Ozu’s Tokyo. In the 1970s and ’80s his career moved between theatre and making films for BBC Television, many of which were characterized by a gritty kitchen sink realism style. His well-known films include the comedy-dramas Life is Sweet (1990) and Career Girls (1997), the Gilbert and Sullivan biographical film Topsy-Turvy (1999), and the bleak working-class drama All or Nothing (2002). His most notable works are the black comedy-drama Naked (1993), for which he won the Best Director Award at Cannes.