From Armistice to Peace: Ending the 70 Year Korean War 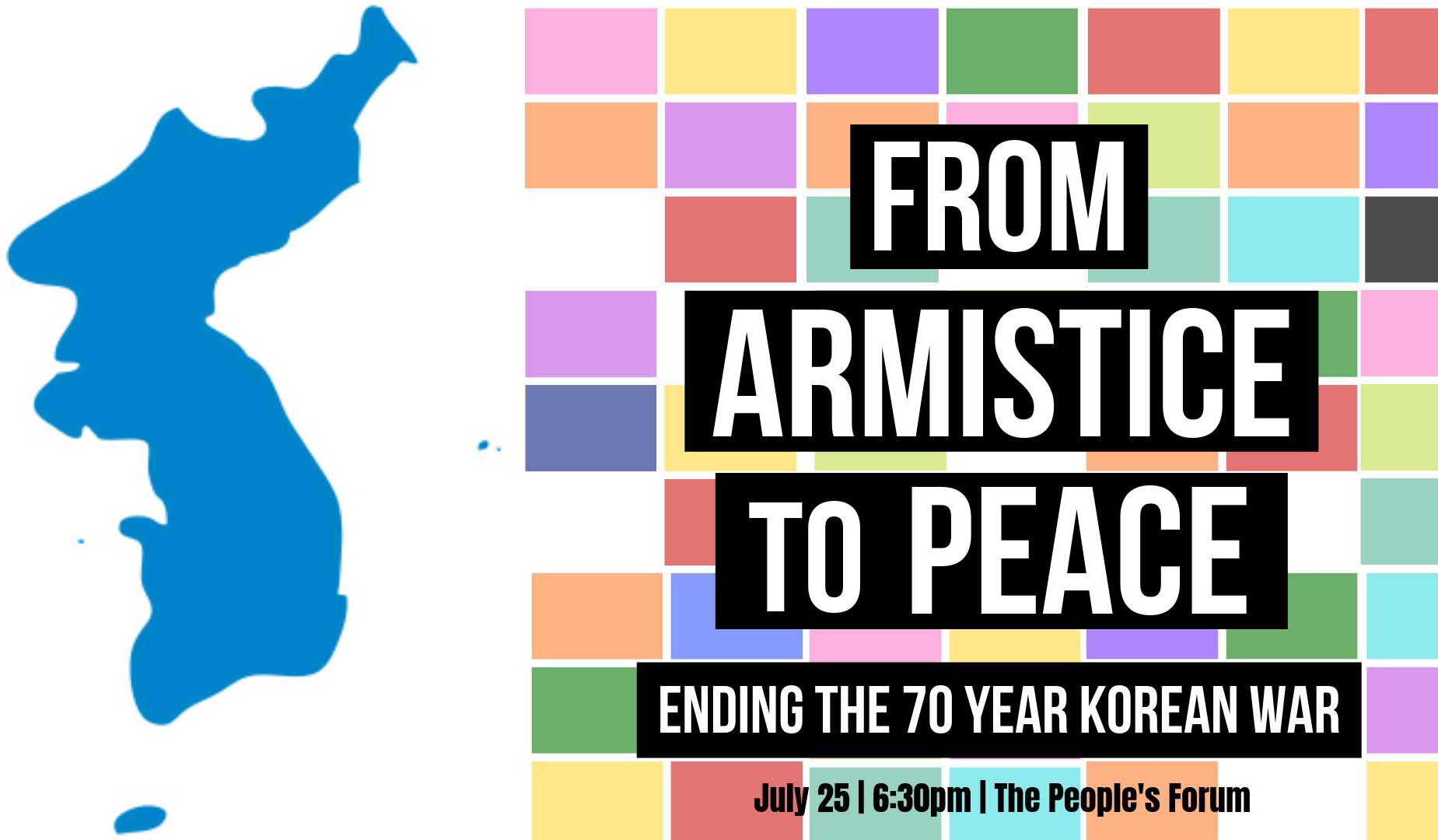 What now after Donald Trump crossed the DMZ on June 30th? Will North Korea give up the entirety of its nuclear weapons? Will the US lift sanctions? What role is South Korea playing in the peace process? Come and hear what progressive Koreans are saying. On the 66th anniversary of the signing of the Korean War armistice, come and learn about the longest ongoing US war—aka the “Forgotten War”—and the fight to replace the armistice with a permanent peace agreement. This event will include a film screening of Memory of Forgotten War followed by a panel discussion about the current political moment. Join us as we discuss how to engage in ongoing efforts by Korean diaspora and allies to support lasting peace on the Korean Peninsula.

Panelists:
Manijeh Nasrabadi is an educator, writer and activist based in New York City. She is a founding member of Raha Iranian Feminist Collective and Havaar: Iranian Initiative Against War, Sanctions and State Repression.

Hyun Lee is the U.S. National Organizer for Women Cross DMZ and Korea Peace Now! a global women-led campaign for peace in Korea. She is a writer for ZoominKorea, an anti-war activist and organizer, a Korea Policy Institute associate and routinely speaks at national and international conferences as well as webinars and public seminars.

moderated by Meejin Richart, queer Korean adoptee, community organizer, and event planner. She is a member of Nodutdol for Korean Community Development and Korea Peace Now-NY, and in past co-coordinated API People’s Solidarity- a network of API groups resisting US militarism & capitalist expansion in the Asia pacific.

The event is part of a national week of events to commemorate the 66th anniversary of the Korean War armistice.