The Women of April, Art of Lourdes Bernard 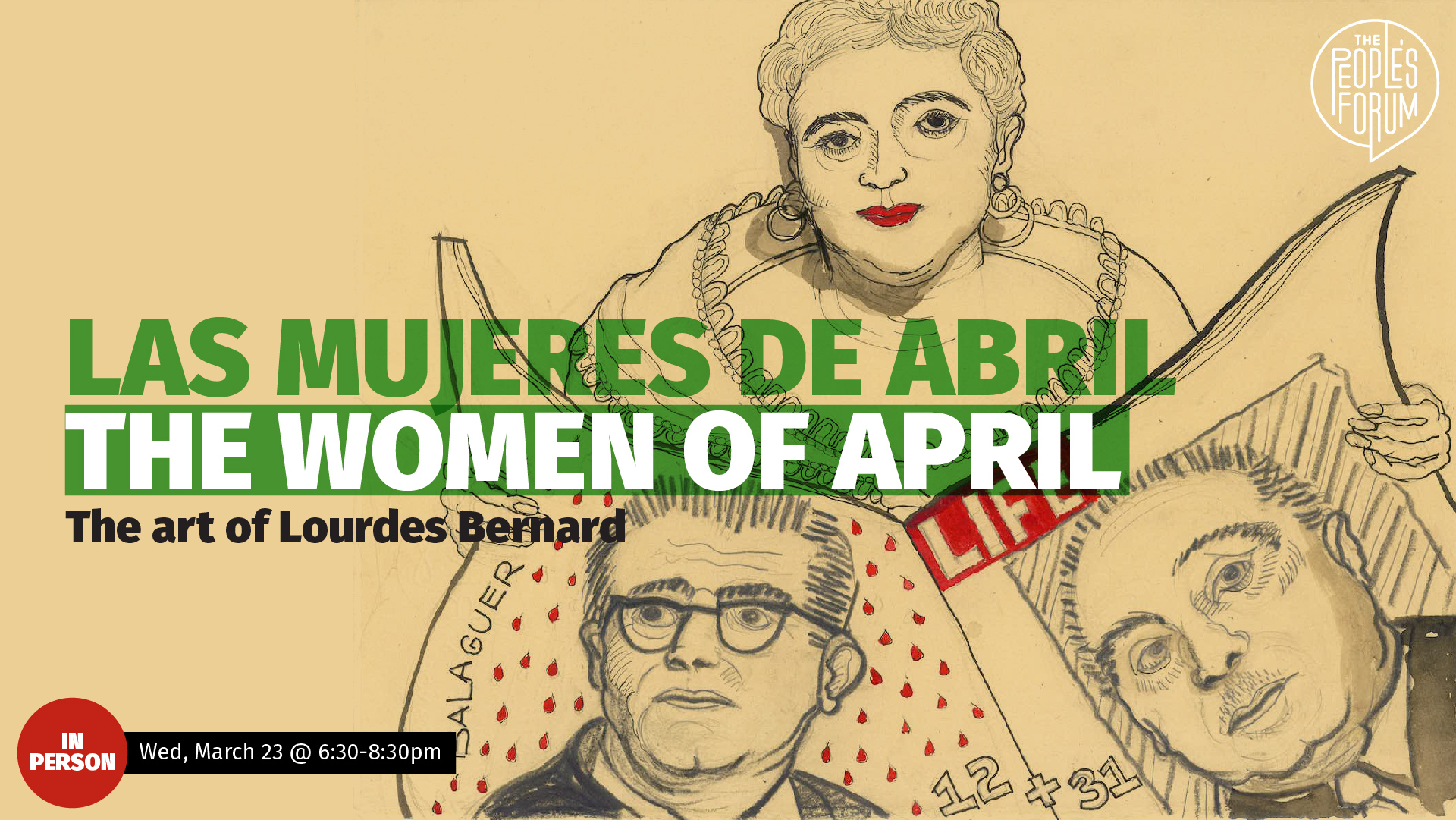 You are invited to a discussion of the art exhibition called “The Women of April,” with work by Lourdes Bernard on Wednesday, March 23rd from 6:30PM to 8:30PM.

The New York Studio School presents The Women of April, a research-based group of works on paper by Lourdes Bernard that commemorate the 57th anniversary of the April 1965 revolution and US invasion of the Dominican Republic, on view March 14 – April 10, 2022. The narrative images celebrate and highlight the role of “The Women of April,” untrained civilian resistance fighters who fought against the 42,000 US Marines ordered by LBJ to invade the small Caribbean nation. In 2017, shortly after attending the DC Women’s March and as the previous administration rolled out controversial immigration policies, artist Lourdes Bernard began to research her family’s migration journey from the Dominican Republic in 1965. It was through this research that she discovered “Las Mujeres de Abril” (“The Women of April”), and learned of the US invasion that displaced thousands of Dominicans, including her family. The artwork also moves beyond the particular and engages contemporary questions about the impact of US foreign policy and imperialism, displacement and immigration, and the heroic power of the collective.

For all in-person events at the People’s Forum, please bring your proof of vaccination and ID.