THE FIGHT FOR A FREE WESTERN SAHARA – Teach in 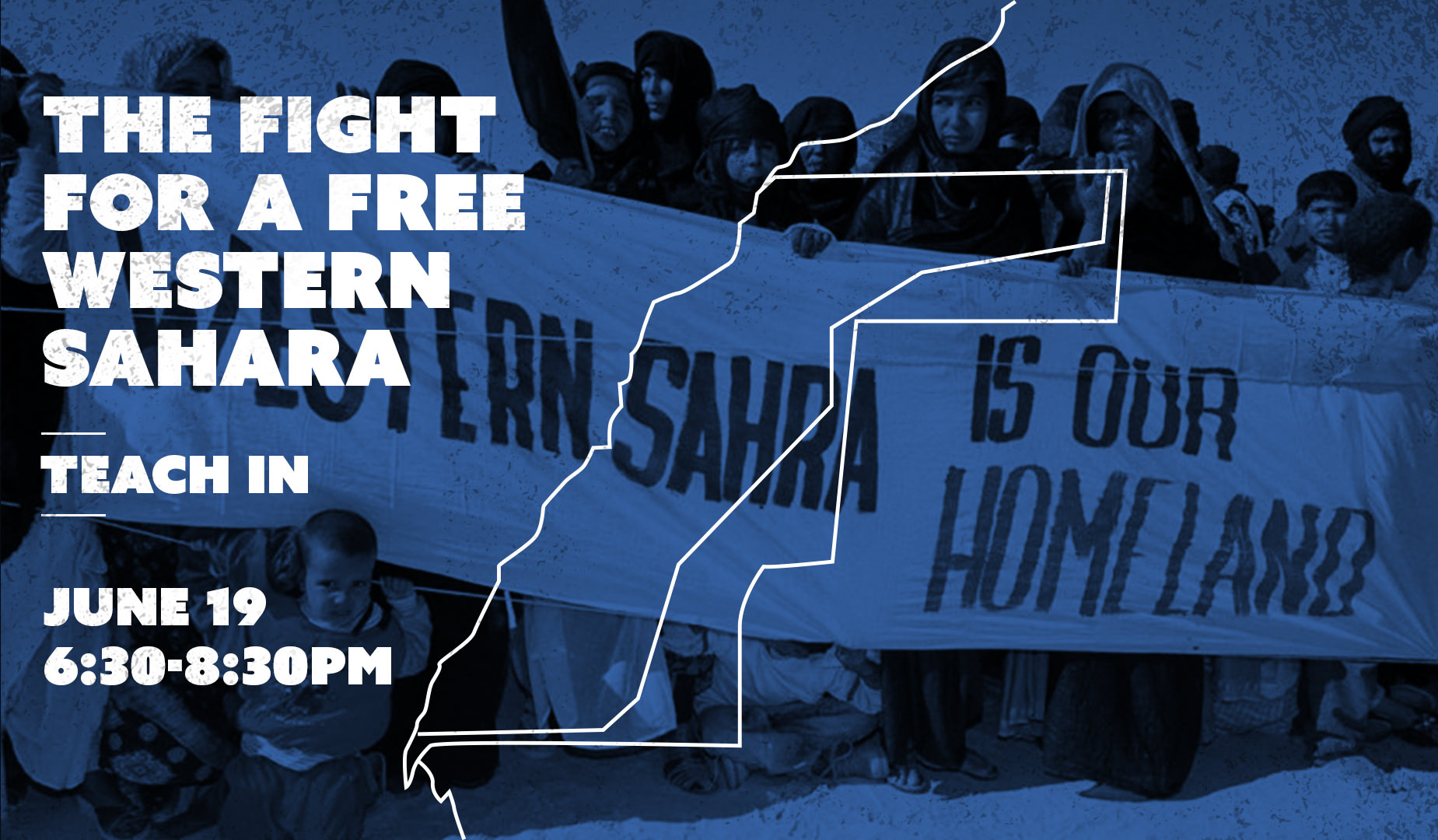 Formerly controlled by Spain, Western Sahara has endured over 40 years of occupation by the Moroccan state and is known as Africa’s last colony. The conditions of the occupation are reminiscent of those in the many other occupied territories around the world: theft and exploitation of land and resources, total closure of borders, separation of refugees from their homes and families, and brutal military repression of political activities.

Join us for a teach-in that will help us to better understand the history of the occupation of Western Sahara and the current realities of the Sahrawi struggle for freedom and self-determination.

Mohamed Ali Arkoukou is a Sahrawi activist living in New York. He’s a former teacher of Philosophy in Laayoune, the Occupied capital of Western Sahara. Ali is the founder and a chair of the Sahrawi Association in the USA (SAUSA).

Agaila Abba is a Sahrawi born in the refugee camps in Algeria. She holds a B.A. in Political Science and International Studies with a focus in African and Religious Studies from the University of Wisconsin-Oshkosh.  She is an active campaigner for the rights of Sahrawi people.