Race, Labor, and Coalition Building in Racine, Wisconsin | HISTORIES OF THE WORKING CLASS IN NORTH AMERICA 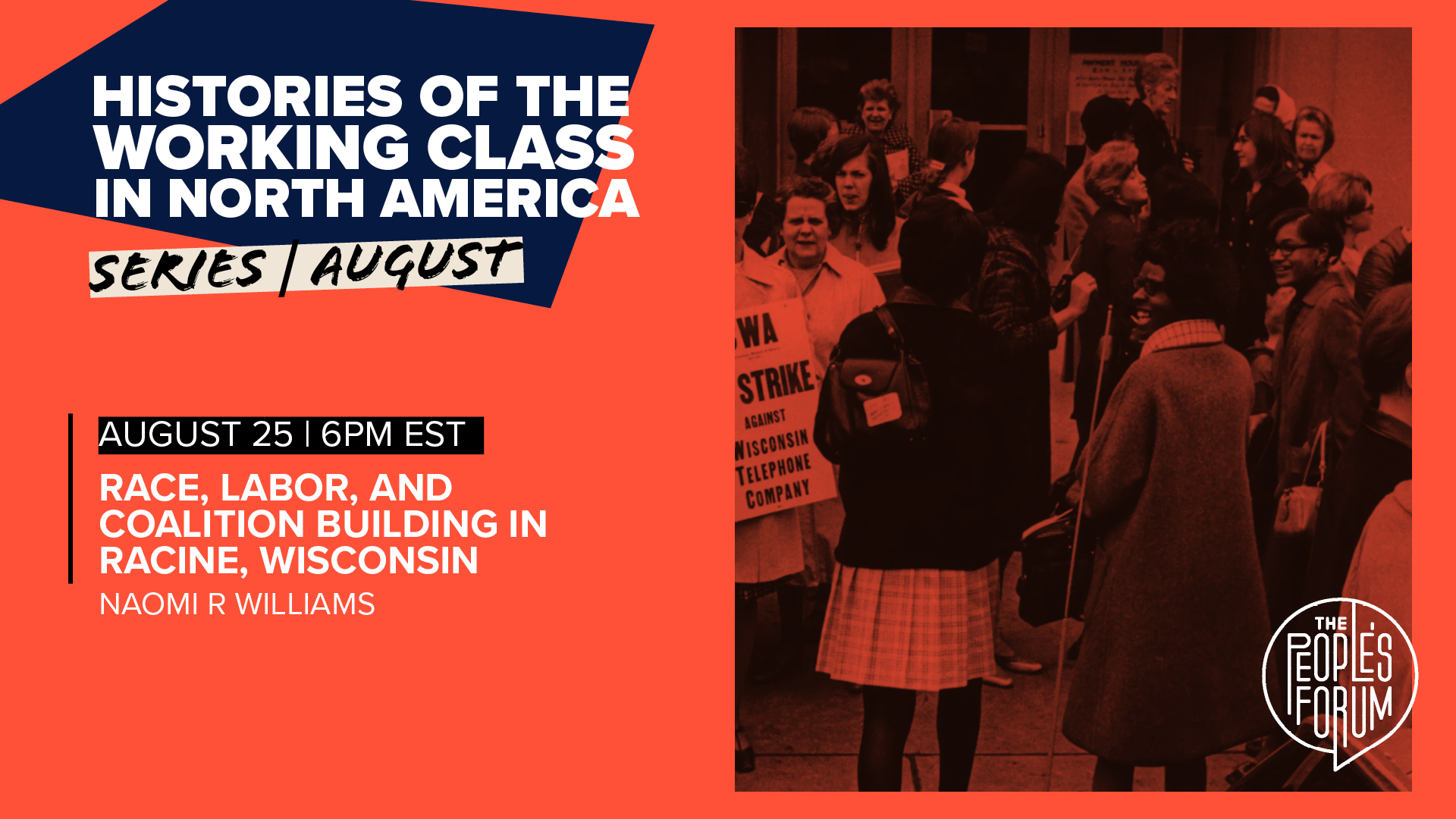 As a part of an ongoing series hosted by The People’s Forum, Histories of the Working Class in North America, Naomi R Williams, scholar and historian, will give a public talk. We will discuss the ways workers built a labor community that was responsive to and shaped by people’s social identities and how that paid off during times of social and political conflict. This event will be on Zoom. RSVP below!

Professor Naomi R Williams received a PhD from the History Department at the University of Wisconsin-Madison. Their primary research interests include labor and working-class history, urban history and politics, gender and women, race and politics, and more broadly, social and economic movements of working people. Naomi’s primary focus is on late-capitalism at the end of the 20th century and workers’ role in shaping U.S. political economy. Currently, they are revising a book manuscript, tentatively titled “Workers United: Race, Labor, and Coalition Building in Deindustrialized America,” on the transformation of class identity and politics in the second half of the twentieth century.