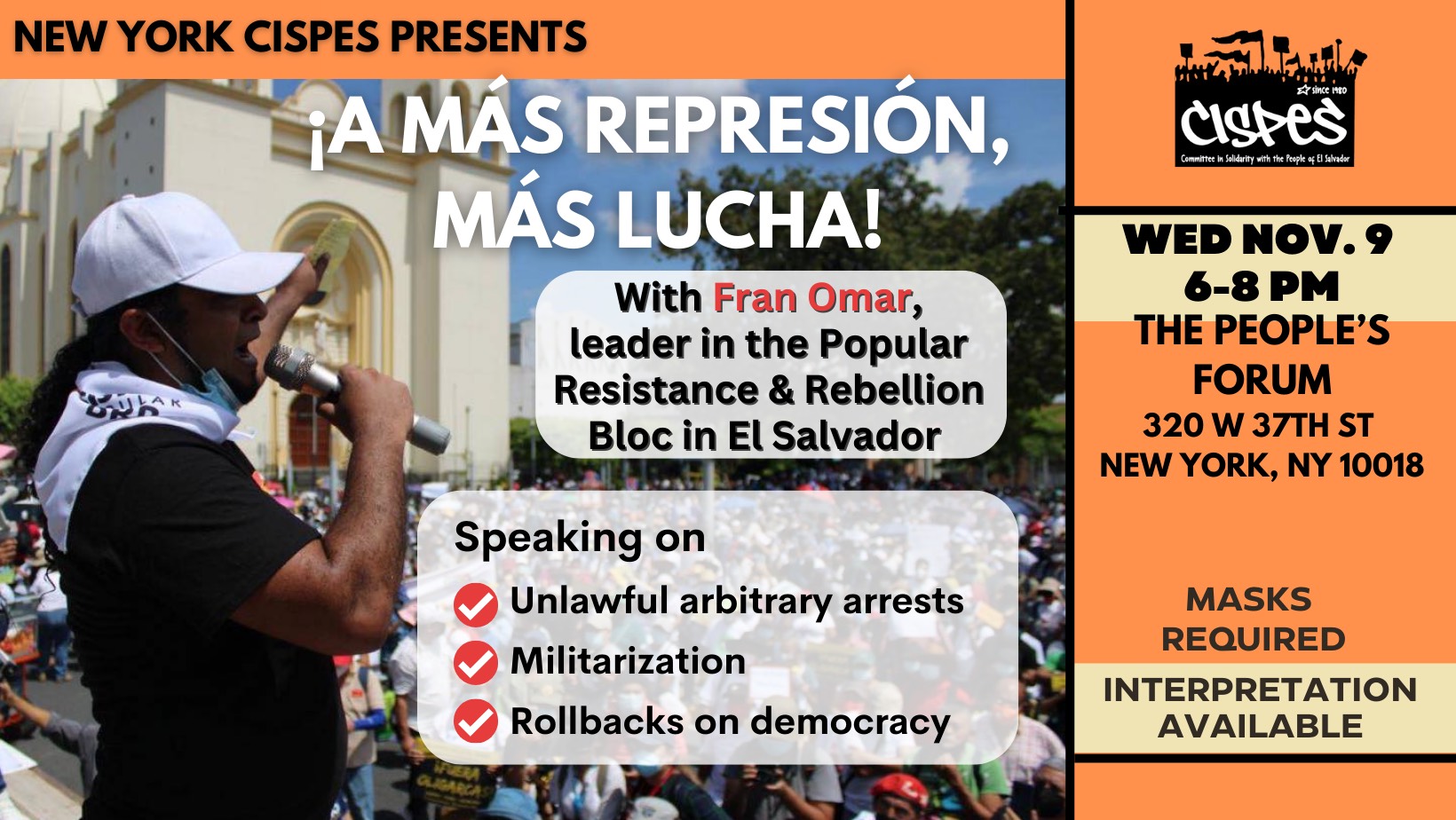 Join the New York chapter of CISPES, the Committee in Solidarity with the People of El Salvador to learn about how El Salvador’s popular social movements are mobilizing to defend the achievements secured through El Salvador’s revolutionary armed struggle in the 1980’s and through the Peace Accords signed in 1992 against the threats of unprecedented rollbacks at this event at the People’s Forum: ¡A Más Represión, Más Lucha! With Fran Omar, leader in the Popular Resistance & Rebellion Bloc in El Salvador. Speaking on unlawful arbitrary arrests, militarization and rollbacks on democracy.

Fran Omar is a popular social movement leader organizing to fight for the rights of various sectors through the Popular Resistance and Rebellion Bloc (BRP), founded in January 22, 2021 in the face of serious setbacks in democracy, human rights and abuses of power.

Fran Omar is part of the leadership team of BRP and of the Batucada Network “TamborHilando”, as well as of the Collective of Consistent Professionals that are part of the Block.

Fran is a Professor of Social Sciences, Popular Educator and a graduate student of Law at the University of El Salvador, where he participated for several years in university student organizing through the Fuerza Estudiantil Salvadoreña (FES).

Masks will be required at this event. Presentation will be largely in Spanish with interpretation into English available. Available via livestream on the People’s Forum youtube channel: https://www.youtube.com/watch?v=FkIX9qFQvkY