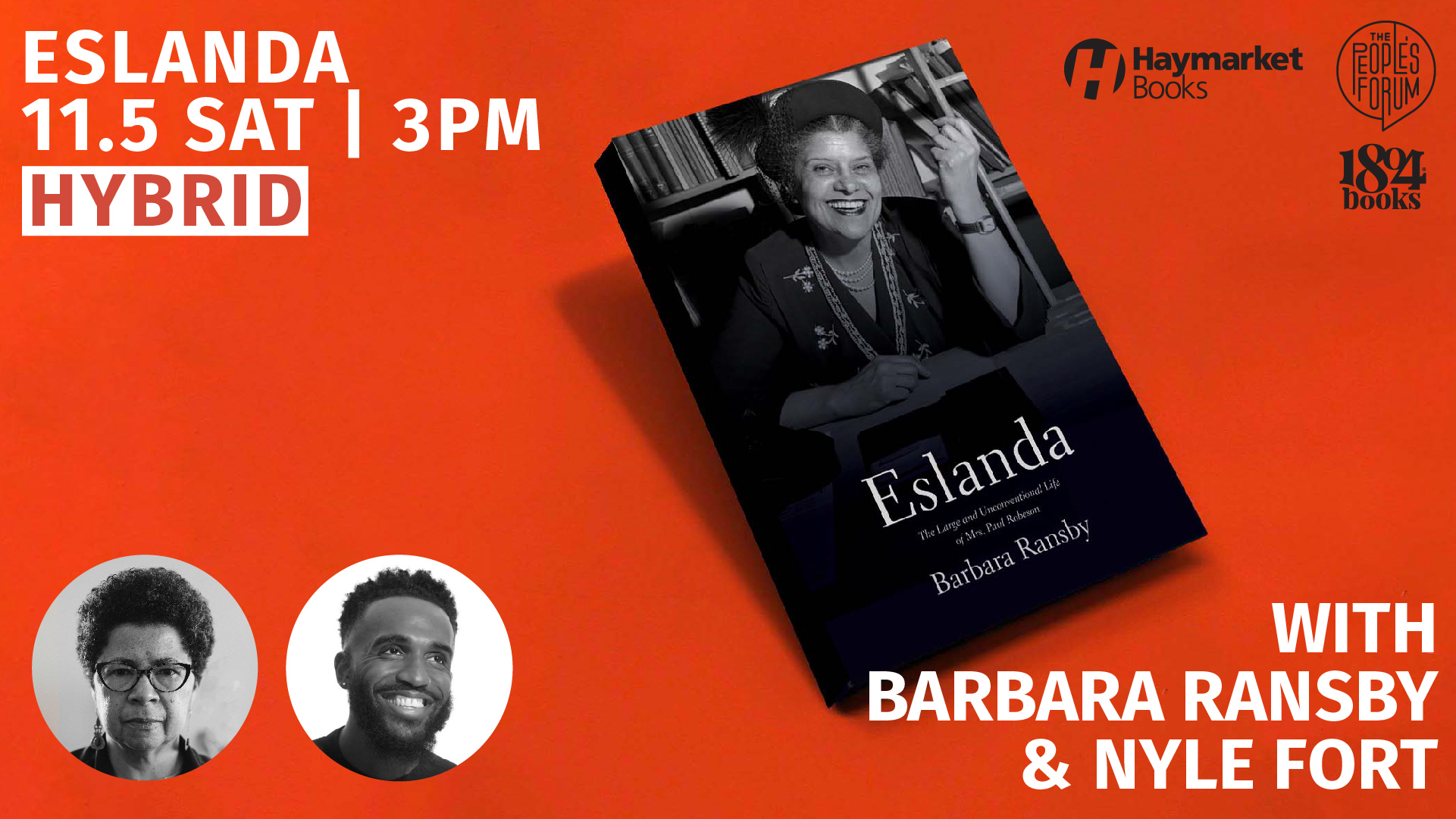 Join us for an in-person book talk on Eslanda: The Large and Unconventional Life of Mrs. Paul Robeson with author Barbara Ransby. Eslanda is an illuminating biography of the bold, principled, and fiercely independent woman who defied convention to make her own mark on the world. Her career and commitments took her many places: colonial Africa in 1936, the front lines of the Spanish Civil War, the founding meeting of the United Nations, Nazi-occupied Berlin, Stalin’s Russia, and China two months after Mao’s revolution. She was a woman of unusual accomplishment—an anthropologist, a prolific journalist, a tireless advocate of women’s rights, an outspoken anti-colonial and anti-racist activist, and an internationally sought-after speaker. Yet historians for the most part have confined Essie to the role of Mrs. Paul Robeson, a wife hidden in the large shadow cast by her famous husband. In this masterful book, biographer Barbara Ransby refocuses attention on Essie, one of the most important and fascinating Black women of the twentieth century. Barbara will be joined in conversation by nyle fort, the Minister of Social Justice at Riverside Church and professor at Columbia University.

This event will be in-person and streamed on our YouTube. If attending in-person, please be prepared to show proof of vaccination and ID upon entry.