Marielle Franco – The Legacy of a Powerful Woman: Panel Discussion 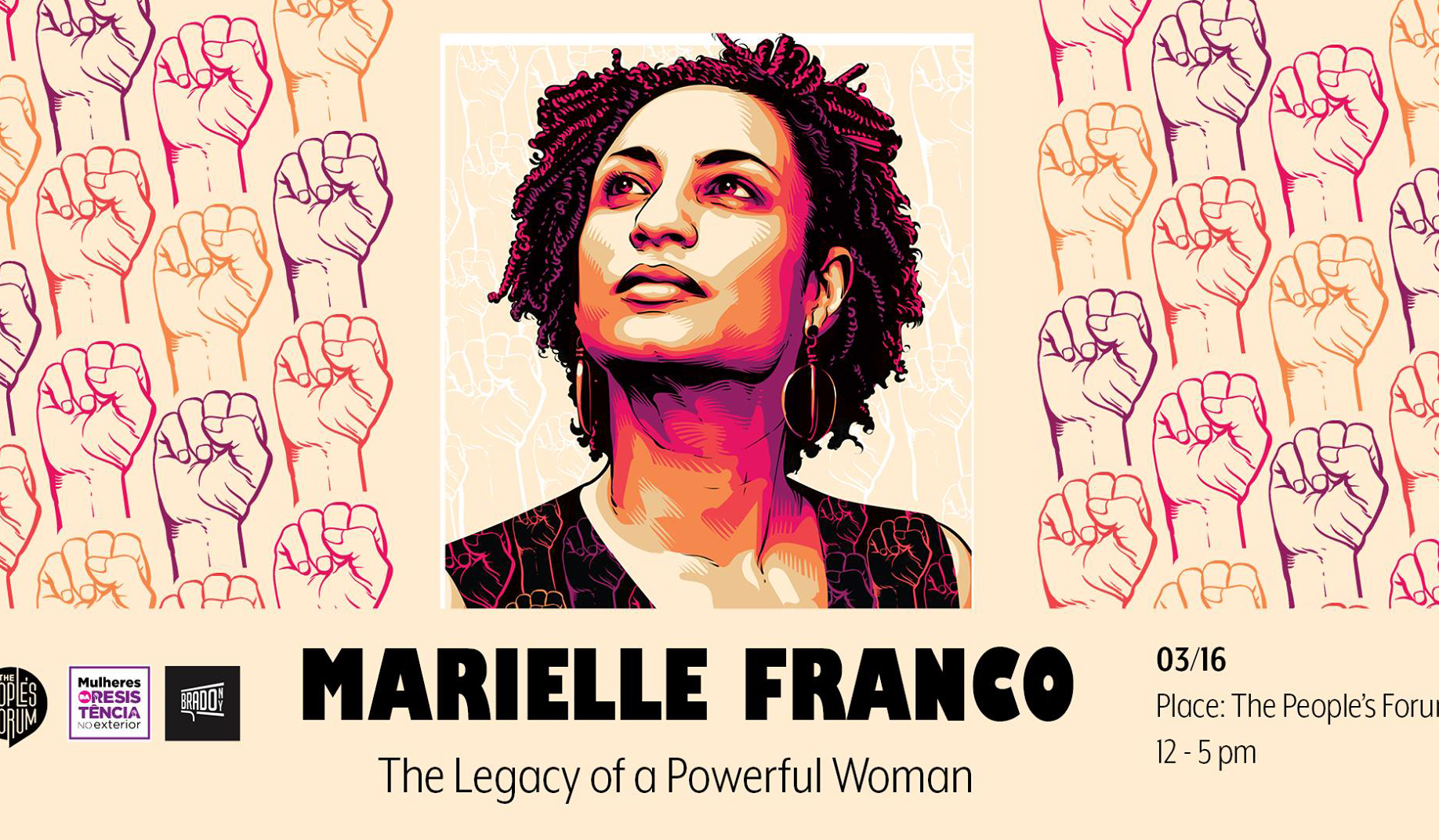 We are honored to celebrate the power of women and to tell the story of the Brazilian sociologist, activist and politician Marielle Franco – murdered in 2018 – and of other amazing women who fight for Human Rights. We’ll discuss Marielle’s political path and impact as a black woman who grew up in a favela and had to overcome oppression, discrimination and to defy all odds in order to become one of the most powerful female leaders of her generation. Her challenges were not far from what affects many working class, underprivileged and minority women all over the world. Our guest speakers will share their experience and reflect on the journey of others, such as Marielle, who are able to thrive and to inspire. Join us!

Marielle Franco was a Rio de Janeiro councilwoman when she and her driver, Anderson Gomes, were murdered on March 14, 2018. She was 38 years old and was shot in the head multiple times after leaving an event with a black women youth group. Born and raised in the Maré favela, Marielle fought for equality for the people who lived in impoverished communities. She started to work at 11 and raised a daughter without the father’s support. She was an advocate for the marginalized, including LGBTQ. A strong critic of the militias, federal military intervention in Rio and of the abuse committed by the Military Police (PM), Marielle denounced extrajudicial killings and fought for justice for the poor who are victims of a black genocide (over 63,000 people were murdered in Brazil in 2017, more than 71% were black).
Almost a year after Marielle’s assassination, the crime remains unsolved. One of the main suspects, Adriano Magalhães da Nóbrega, is a former captain of the Rio Military Police and is considered a leader of a militia. Shockingly, the investigation found that Nobrega’s mother and daughter worked at the state representative office of Flavio Bolsonaro, son of the recently elected president of Brazil, Jair Bolsonaro, who is known for pro-militia remarks. The former Brazil’s Minister of Justice Raul Jungmann said that powerful politicians are involved in the assassination and have tried to prevent the Federal Police from solving the crime. We demand justice for Marielle!

‘Marielle Franco – The Legacy of a Powerful Woman’
12:00 -12:15
Introduction: ‘Who was Marielle? Why are we here?’
– Performance by Laila Garroni