How a Vision Sparked a Movement: The Great March of Return with Ahmed Abu Artema, interviewed by Amy Goodman 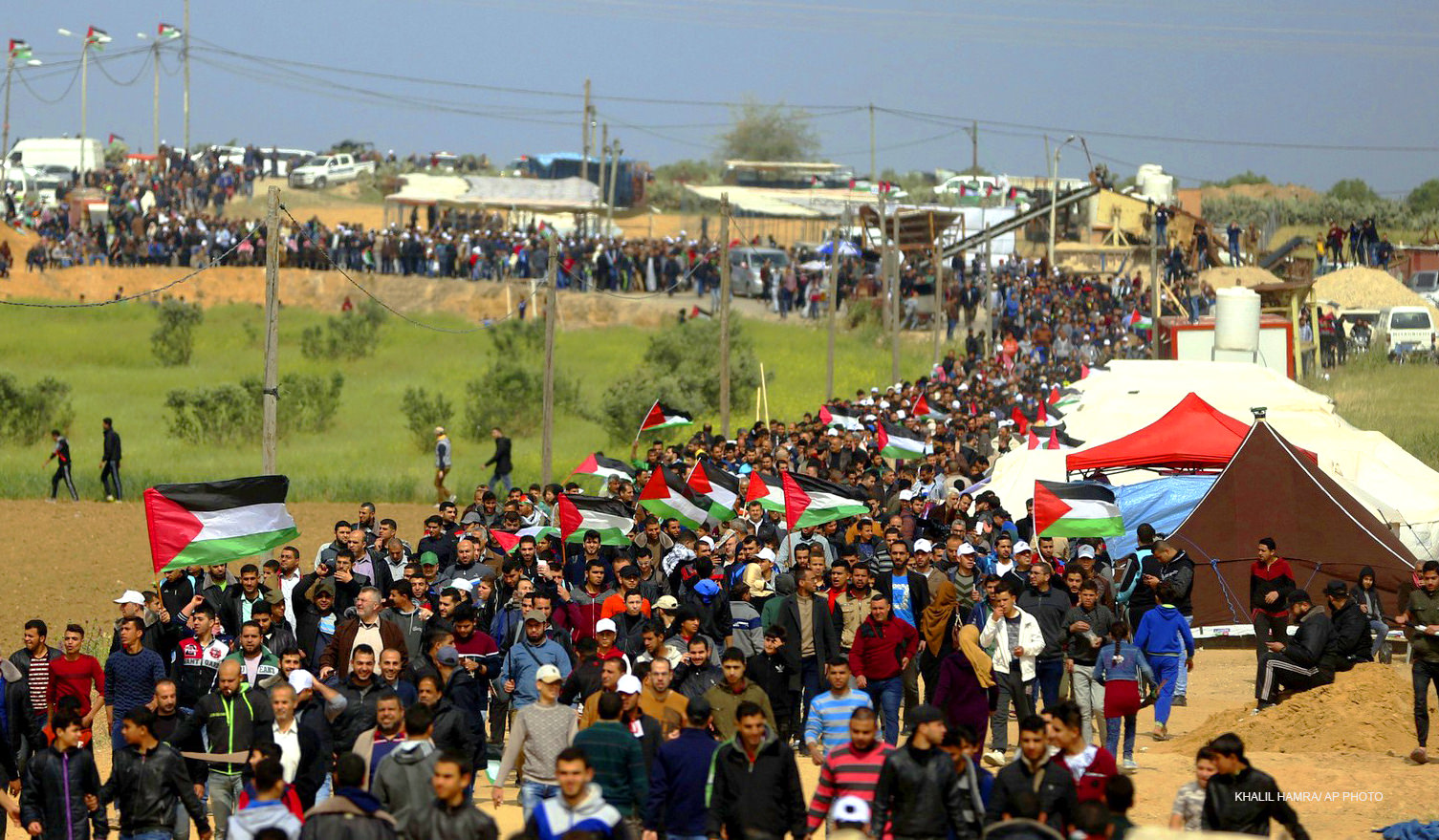 A rare and special evening with the organizer who inspired Gaza’s historic Great March of Return, AHMED ABU ARTEMA, along with Scholar and Program Associate for AFSC’s Gaza Unlocked Campaign, JEHAD ABUSALIM, in conversation with Democracy Now! Host AMY GOODMAN.

At his home in Gaza, Palestine, on January 7, 2018, journalist, poet and refugee Ahmed Abu Artema wrote a Facebook post that would go viral. Echoing an idea that has reverberated throughout Palestinian history, he wrote: “What would happen if Palestinians marched non-violently in large numbers towards the boundary fence with Israel to demand respect for their rights and call attention to the Israeli-imposed blockade that has created hardship for millions of people for more than a decade?”

On March 30, 2018, the Great March of Return came to life. Tens of thousands of people gathered week after week near the fence that keeps 2 million people penned in, calling for their right to live freely and to return home. They were met with sniper fire from Israeli forces, who killed 220 Palestinians, including journalists, paramedics and children. Around the world, the people of Gaza were celebrated for their courage and commitment to freedom in the face of brutality. Now nearing its one year anniversary, the Great March of Return continues to this day.

In an extremely rare opportunity to hear directly from a leader in Gaza, Ahmed Abu Artema will share his experience with the Great March of Return, his views on the future of grassroots organizing in Palestine, and his vision for a just and lasting peace. He will be joined by Jehad Abusalim, Chicago-based scholar and program associate for AFSC’s Gaza Unlocked campaign. The event will be moderated by Democracy Now! host Amy Goodman.

Seating is limited. Please be sure to RSVP here.