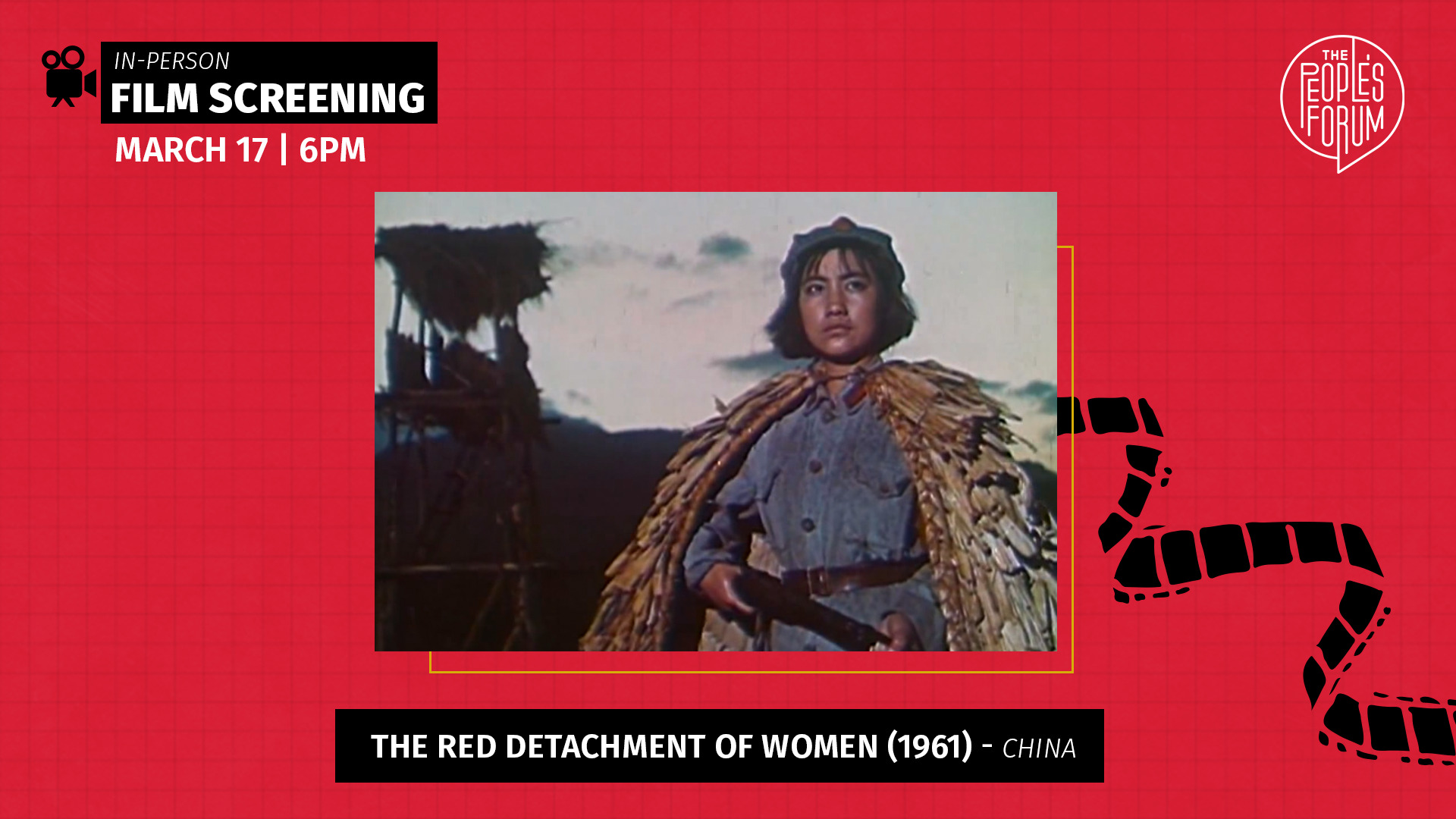 The People’s Forum is your alternative cinema for 2022! Join us every Thursday evening to watch a film on national liberation, revolutionary history, and working class struggle! For our film on March 17th from 6:00 to 8:00pm EST, we will be screening The Red Detachment of Women, directed by Xie Jin! One of the most renowned films from the post-revolutionary period, the film was adapted to into a popular ballet, a film version of which was released in 1971.

ABOUT “THE RED DETACHMENT OF WOMEN”

The Red Detachment of Women, film directed by Xie Jin, won the Best Feature Film Prize at the First Hundred Flowers Awards in 1962. Qiong Hua is a slave girl of Nan Batian, a big landlord in Yelinzhai Village on Hainan Island. She has tried many times but cannot escape from the landlord’s cruel oppression. Later, Nan Batian jails her in a water dungeon. Hong Changqing is the Party representative of a red detachment of women. He disguises himself as a wealthy businessman residing abroad and comes to her rescue. He pretends to buy Qiong Hua to be his slave, saves her from the abyss of sufferings, and instructs her to join the red detachment of women. At the outset, Qiong Hua joins the revolutionary rank to settle her personal grudge. Educated by Hong Changqing, she becomes a conscientious revolutionary fighter.