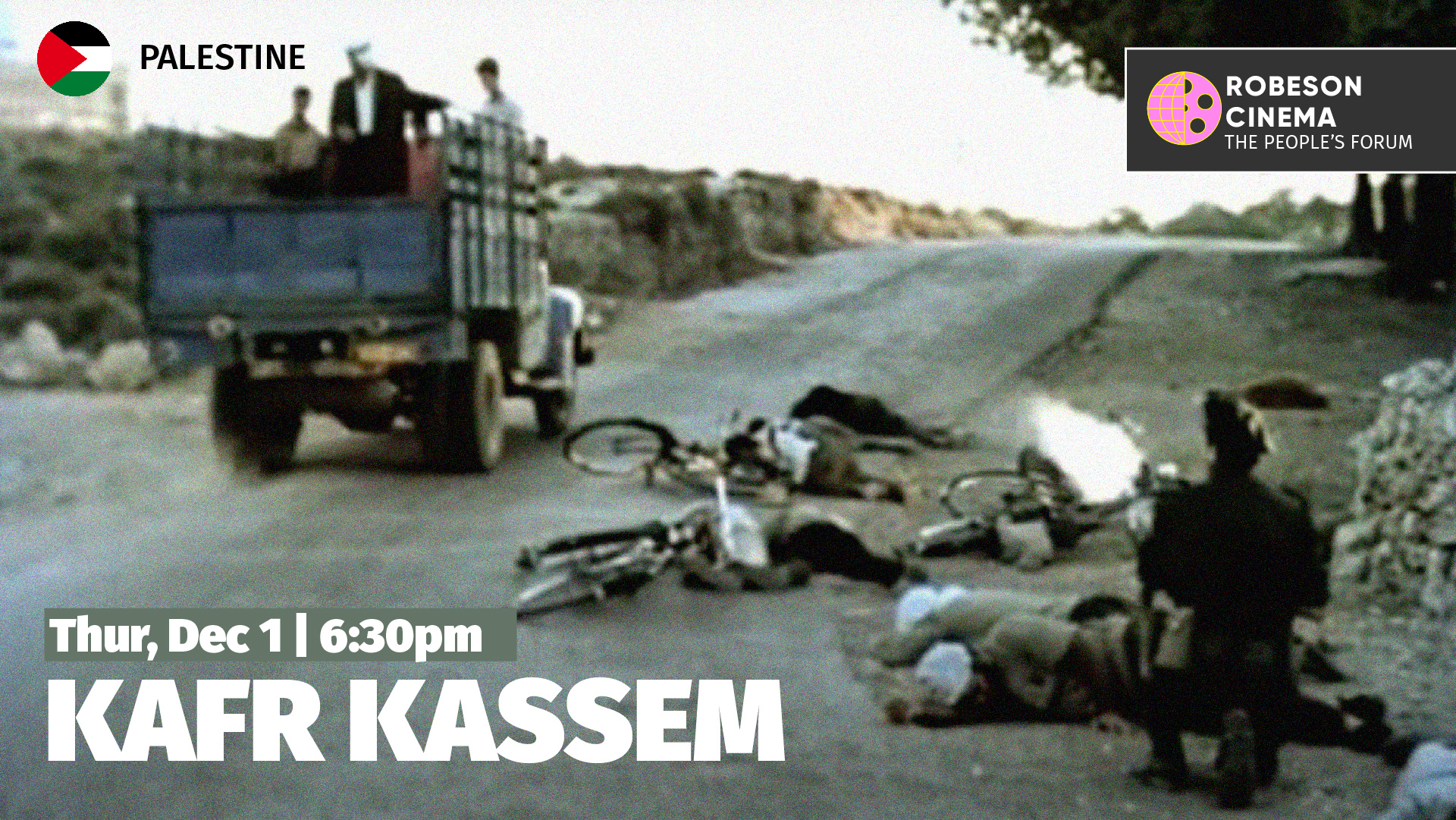 On the eve of the Israeli attack on Egypt in 1956, Israel declared Martial law in all the occupied Arab territories without any previous notice. When the villagers of Kafr Kassem returned home from the fields, unaware of this newly-announced curfew, Israeli troops opened fire and killed 47 Palestinians. This film reconstructs this much-remembered massacre. The film reconstructs the events leading up to the massacre by recreating a day in the life of the residents of the Palestinian village, following their relations, emotions, and attempts to build a normal life under the conditions of occupation.