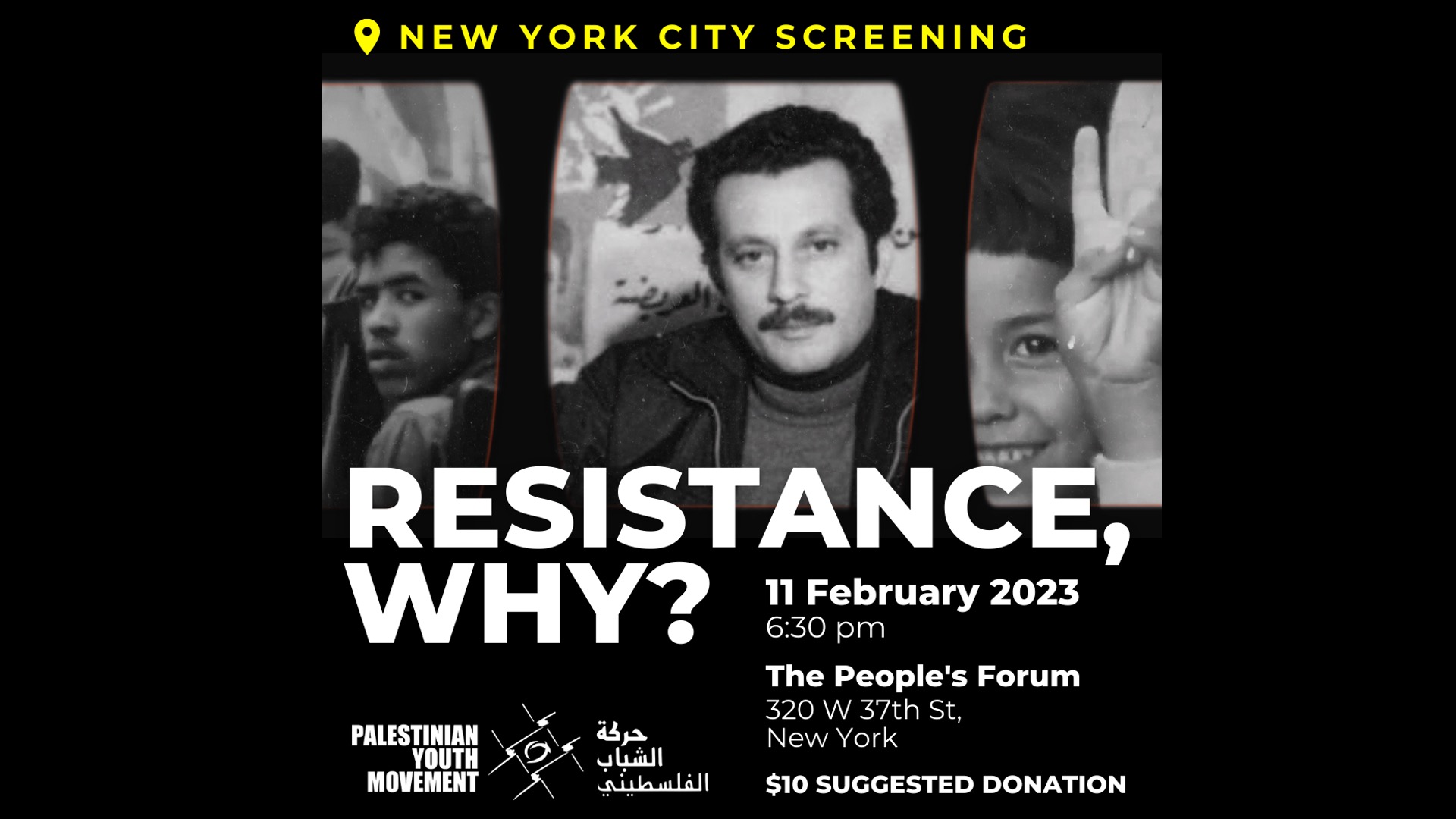 Resistance, Why? is a recently salvaged documentary film by the radical documentarian Christian Ghazi that captures a crucial cross-section of the Palestinian resistance in Lebanon in 1970, including never before seen footage of Ghassan Kanafani. The Palestinian Youth Movement in New York City is screening this film as a reminder of the deep roots and interconnectedness of our shared anti-imperial struggles across the world. The screening will begin at 6:30 pm on Saturday, February 11th and will be followed by a discussion.

About the film: This gem of militant guerilla third cinema was considered to be lost to the ages. In 1988, militias raided the director’s home and burned all of his celluloid to stay warm during Lebanon’s Civil War. But recently, a copy of Resistance, Why? was found and restored by the Beirut group Nadi Lekol Nas in 2021. Nadi Lekol Nas is a 20-year-old non-profit cultural organization whose mission is to safeguard and transmit a range of cinematographic, musical, and literary productions documenting Levantine artistic and cultural expressions from the 1930s onwards.

Today, Resistance, Why? is a fascinating time capsule of an era of Palestinian resistance and global armed struggle against imperialism that echoes through history. Figures include Sadiq Jalal Al-Azm, Ghassan Kanafani, and Nabil Shaath, as they describe the strikes and protests that took place in Palestine starting during the Ottoman occupation, followed by British colonization and the settlement of the Zionist state in 1948. Resistance, Why? is a documentary produced in English –and thus destined for an international public– calling for justice, the right to self-determination, and for the Palestinian people to fight against occupation, Zionism, and imperialism.

This event is hosted by The Palestinian Youth Movement. To reserve your participation, please purchase a ticket below for a suggested price of $10. For additional information or complimentary tickets, please contact: pym.newyork@gmail.com