BOOK TALK: The Cancer of Colonialism with Tony Pecinovsky and Tim Johnson 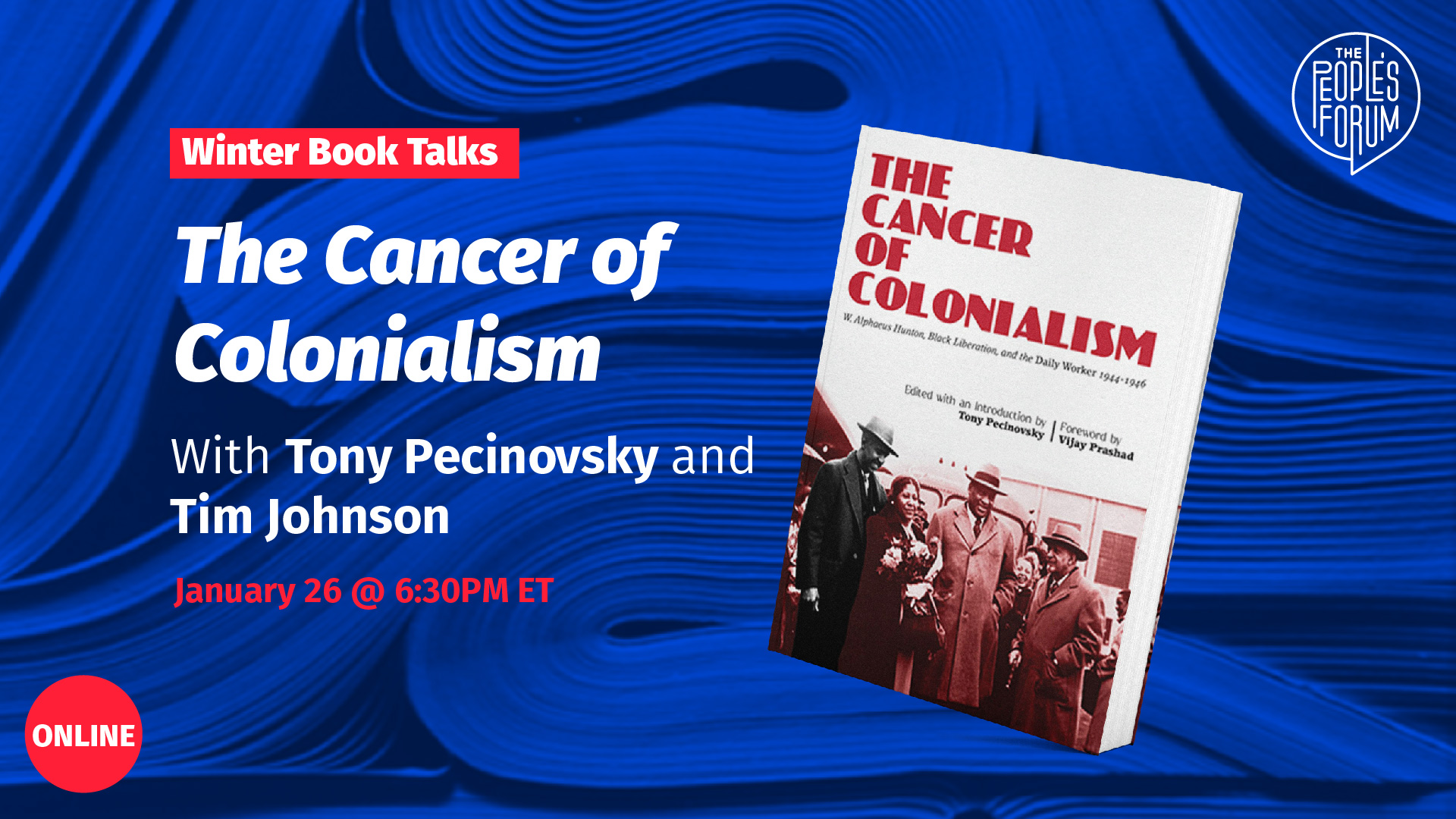 Join us for an online book talk with Tony Pecinovsky, editor of The Cancer of Colonialism. This book gathers for the first time, W. Alphaeus Hunton’s columns for the Daily Worker, the Communist Party USA’s newspaper. He devoted his life to the struggle for African American equality, Black liberation, and socialism. He was a scholar-activist, Pan-Africanist, and Communist who led the Council on African Affairs from 1943 to 1955. These writings provide a glimpse into Hunton’s Marxist worldview and are important resources for scholars and general readers interested in the evolution of 20th century resistance to Jim Crow and colonial subjugation. Joining him in conversation will be Tim Johnson, former director of the Tamiment Library and Wagner Labor Archives at New York University.

This event will be only live-streamed.