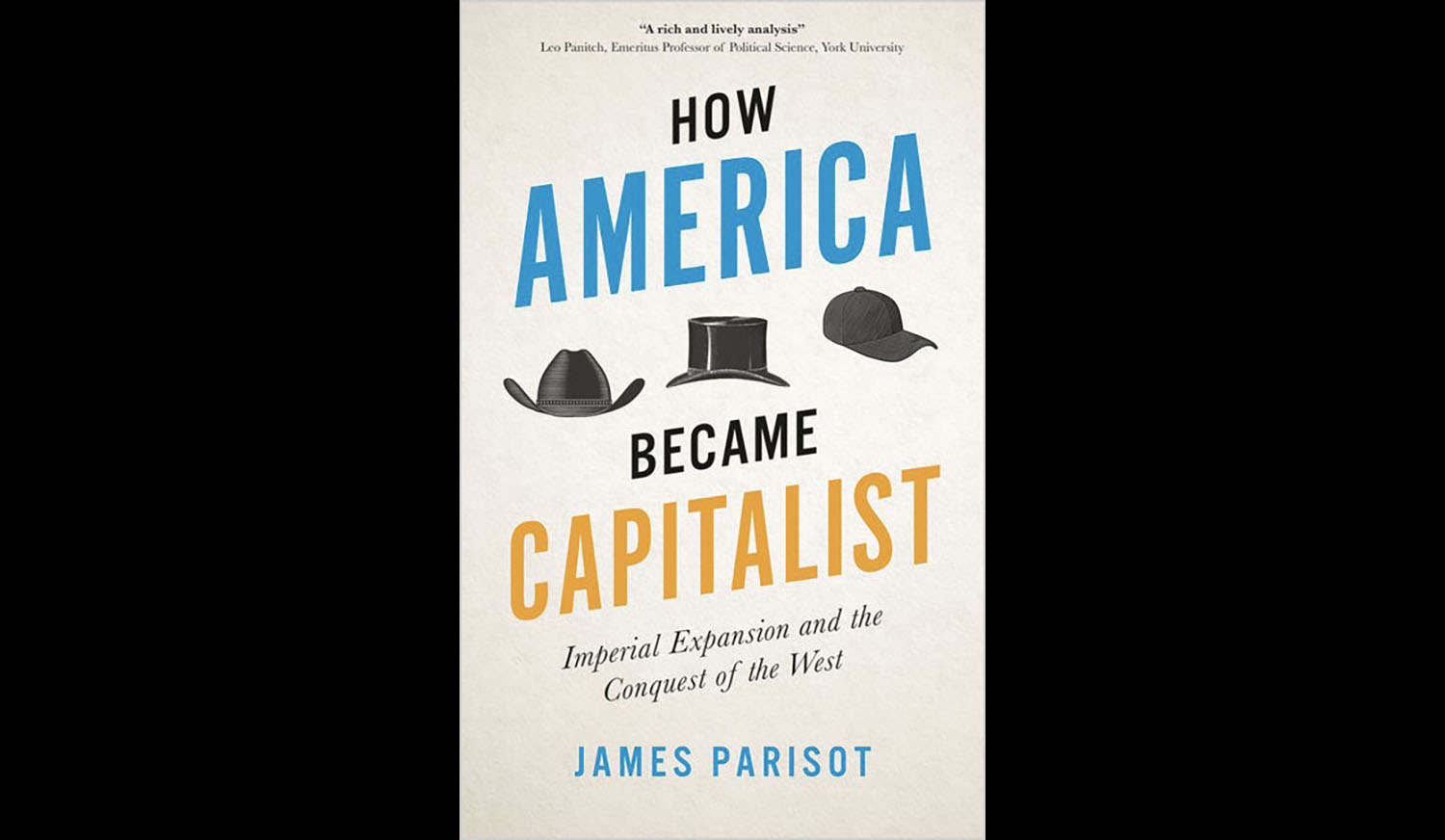 How America Became Capitalist: Imperial Expansion and the Conquest of the West
An epic history of the formation of American capitalism, focusing on gender, race and empire.

A presentation and discussion with author James Parisot

“Parisot’s rich and lively analysis of the domestic history of US empire helps readers understand what it was about the development of US economic, social and political institutions that made the American state so central in the making of global capitalism.”  —Leo Panitch

“The historical transformation from a society with capitalism to a capitalist society, then, meant, in the American case, the two hundred and fifty or so year process through which bits and pieces of capitalist relations slowly came to predominate and incorporate non‐capitalist forms of social life. And this history of the rise of capitalist dominance was simultaneously a history of empire building. By empire I refer to the total structure of power over space and territory that emerged from the earliest days of white‐settler colonization through the extension of continental expansion and the globalization of US power.” —James Parisot, 2017

Has America always been capitalist? Today, the US sees itself as the heartland of the international capitalist system, its society and politics intertwined deeply with its economic system. Parisot’s book looks at the history of North America from the founding of the colonies to debunk the myth that America is ‘naturally’ capitalist.

From the first white-settler colonies, capitalist economic elements were apparent, but far from dominant, and did not drive the early colonial advance into the West. Society, too, was far from homogeneous – as the role of the state fluctuated. Racial identities took time to imprint, and slavery, whilst at the heart of American imperialism, took both capitalist and less-capitalist forms. Additionally, gender categories and relations were highly complex, as standards of ‘manhood’ and ‘womanhood’ shifted over time to accommodate capitalism, and as there were always some people challenging this binary.

By looking at this fascinating and complex picture, James Parisot weaves a groundbreaking historical materialist perspective on the history of American expansion.

James Parisot received his PhD in Sociology from Binghamton University. He has published articles in a variety of scholarly journals, is co-editor of the book American Hegemony and the Rise of Emerging Powers: Cooperation or Conflict? (Routledge, 2017).

Sponsored by the Marxist Education Project.

REGISTER HERE. Prices are sliding scale. No one is denied admission for inability to pay.