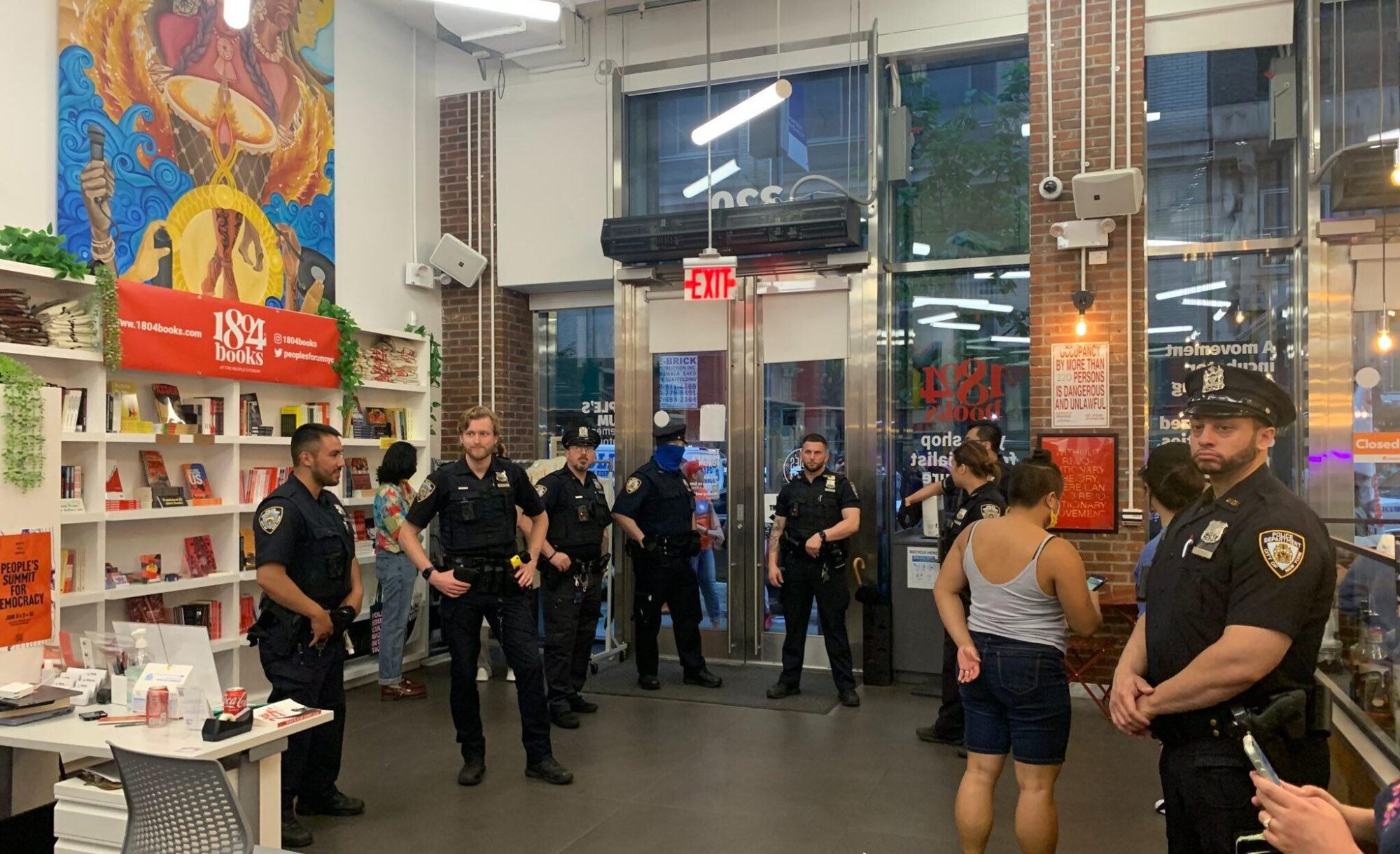 The People’s Forum in New York City attacked by the far-right, enabled by the police

Since our founding in 2018, our space, The People’s Forum (TPF) has been the target of multiple attacks by the far-right on both social media and in our location. We have managed to defend our space which operates on values and principles of social justice and people power. Most recently a coalition of anti-vaxxers, Cuban and Venezuelan anti-communists, and other far-right reactionaries have increased their attacks on TPF. Today, over a dozen officers of the New York Police Department (NYPD) entered TPF, uninvited, and acted as security for the far-right who carried out an illegal attack on our space.

We ground and pride ourselves in organizing our own safety and coordinating with other organizations to defend and protect each other. Today, as many of TPF staff and leadership are in Los Angeles building The People’s Summit for Democracy, this far-right coalition attempted to forcefully occupy our space as part of a larger strategy against TPF’s politics and mission. The NYPD facilitated the attempted occupation by objectively preventing us from ejecting these far-right reactionaries. They allowed for the occupation attempt to continue for over an hour, while our staff and guests were physically assaulted and verbally harassed, and anti-vaxxers vandalized our space.

Today, this far-right coalition was driven out of the space by the strong stance and resistance of TPF staff and fellow comrades who protected the space. Rest assured, we will continue to uplift our socialist values and be a welcoming space for working people and all those who want to transform society for the better.