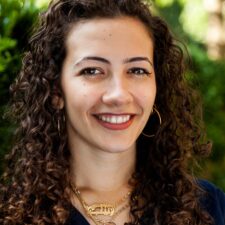 Zena Agha is an Iraqi-Palestinian writer and analyst born in London, currently based in New York. Her work examines immigration, war and life in the diaspora. Zena’s poems have been translated and published internationally and she has performed at universities and festivals around the US, UK and France. She founded Warwick University’s largest poetry collective, Shoot from the Lip, and is currently a Margins Fellow at the Asian American Writers Workshop. Her writing has been featured on NPR, PRI’s The World, WBGH, El País, Skin Deep and Muftah. She was awarded the Kennedy Scholarship to study at Harvard University, completing her Master’s degree in Middle Eastern Studies, followed by a fellowship at Harvard Law School’s Library Innovation Lab. Zena is the US Policy Fellow for Al-Shabaka; The Palestinian Policy Network. Her writing has appeared in Foreign Affairs, The Independent, and The Nation, and media credits include the BBC World Service and BBC Arabic.

Past Classes with Zena Agha 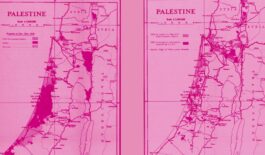 Teach-In on the Ongoing Nakba in Palestine

Join us as we commemorate seventy-one years since the Nakba - the loss of the Palestinian homeland and the expulsion of some 750,000 Palestinians during Israel’s establishment - with a teach-in at The People's Forum
Event Categories:
Classes, Education