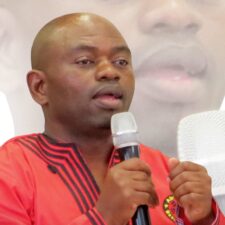 S’bu Zikode is founder and President of Abahlali baseMjondolo Movement in South Africa, which has more than 50,000 dues-paying members. In December 2009 Bishop Rubin Phillip conferred the Order of the Holy Nativity on him. He was the first non-Anglican to be honored in this way. In 2013, 2014 and 2018, S’bu has been forced into hiding after several attempt to his life were made by senior city government officials, the police and local ANC councillors. S’bu survived car accidents after his car was tampered with in May and June 2018. He believes that real progress on urban and rural issues can be made when there is an agreement that the social value of land must come before its commercial value. He believes that practical steps that can be taken include ensuring that all new housing developments are in well located areas. He believes that all shack settlements should be provided with services and support while they wait for housing and permanent solution. That we take seriously the participatory in situ-upgrades are better than forcing people to rural dumping grounds. We must ensure that both transit camps and corruption are eradicated with immediate effect. It is important that all new developments are co-designed with the people that will live in them. He was elected to the ESCR-Net Board in 2018, and is engaged in the Economic Policy and Social Movement Working Groups.

Past Classes with S’bu Zikode 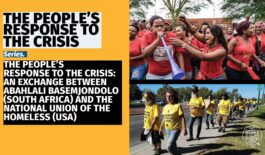 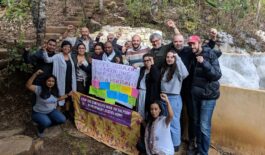