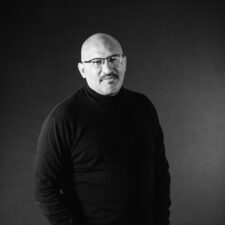 Journalist and teacher Roberto Lovato is the author of Unforgetting: A Memoir of Revolution and Remembrance (Harper Collins), a book picked by the New York Times as an “Editor’s Choice” that the paper also hailed as “Groundbreaking.” Award-winning author Roberto Lovato has reported on the drug war, violence, terrorism in Mexico, Venezuela, El Salvador, Nicaragua, Dominican Republic, Haiti, France and the United States and is the recipient of a reporting grant from the Pulitzer Center. His essays and reports from around the world have appeared in numerous publications including The New York Times, Guernica Magazine, the Boston Globe, Foreign Policy magazine, the Guardian, the Los Angeles Times, Der Spiegel, La Opinion, and other national and international publications. He works out of the Writers Grotto in San Francisco, his birthplace.

Past Classes with Roberto Lovato 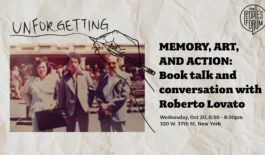 Join us for a conversation with journalist and author Roberto Lovato and novelist Alejandro Varela, exploring how memory and art can help guide us through the age of extremes which we are all only just beginning to endure.
Event Categories:
Classes, Education, Panel Discussions