Natalia de Campos, born in São Paulo, Brazil, is a performance and theater artist, producer, writer, educator, translator, and activist. Natalia has taught English and Portuguese to non-native speakers since she was 19 years-old in various settings. She moved to New York in 1998, founded the multidisciplinary arts collaborative Syncretic Pleasures to continue to teach, while also translating, producing and performing works by Brazilian authors, including her own. In 2016 she co-founded the Defend Democracy in Brazil Committee in New York with a group of activists to fight for democracy and social justice. Recent teaching/ lecturing includes courses for independent non-profit organizations and institutions like NYU, in Portuguese, social engagement, collaboration, solo performance & activism. Natalia has a Bachelor’s degree in History from the University of São Paulo and a Master’s degree in Performance & Interactive Media Arts from CUNY/ Brooklyn College. 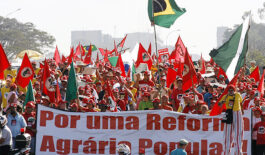 An introductory course on the basics of Portuguese with a glimpse on historical and contemporary contexts of the working classes and social movements in Brazil, and other Portuguese-speaking countries
Event Categories:
Classes, Education 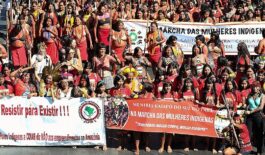 An intermediate course on Portuguese, with historical and contemporary contexts of the working classes and social movements in Brazil, and other Portuguese-speaking countries.
Event Categories:
Classes, Education