Jeramy Turner’s primary concern for many years has been the appropriation of visual art and film for the purpose of countering ruling class hegemony. From 1975 -1992, she directed alternative movie theaters in Chicago and Minneapolis, and edited the cinema journal, “Shattering Screen.” In 1986 she taught herself oil painting so as to visually depict the vulnerability of capitalism, and has been painting in this mode ever since. She established the radical feminist art collective, Sister Serpents in 1989, which Jesse Helmes decried as a “hate group” against unborn children. She has taught and lectured on the conjuncture of political involvement in art and feminism at numerous universities and institutions in the US (Chicago, Boulder, Jersey City, Cornell University). Her work has been exhibited in London, Berlin, Vienna, Stockholm, Hamburg, Bergen (Norway), and at many alternative and university galleries throughout the US. She lives in Brooklyn and Aigen, Austria. Her paintings can be seen at www.jeramyturner.com.

Past Classes with Jeramy Turner 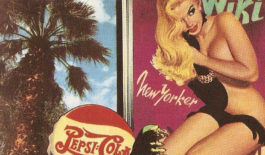 This 8-week survey will be an exploration of selected pieces of music, visual art, and films that are alternative forms of revolt that both deepens our consciousness and inspires resistance
Event Categories:
Classes, Culture, Education