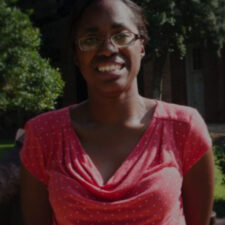 Dr. Hilary N. Green is an Associate Professor of History in the Department of Gender and Race Studies and serves as the co-program director of the African American Studies program. She also has a partial appointment in American Studies.

She is the author of Educational Reconstruction: African American Schools in the Urban South, 1865-1890 (Fordham University Press, April 2016) as well as articles, book reviews, encyclopedia entries, and chapters in The Urban South During the Civil War Era, edited by Andrew L. Slap and Frank Towers, (University of Chicago Press, 2015), Epidemics and War: The Impact of Disease on Major Conflicts in History, ed. Rebecca Seaman. (Santa Barbara: ABC-Clio, 2018) and Reconciliation after Civil Wars: Global Perspectives, ed. Paul Quigley and Jim Hawdon (New York: Routledge, 2019). Her article entitled “At Freedom’s Margins: Race, Disability, Violence and the Brewer Orphan Asylum in Southeastern North Carolina, 1865-1872” received the 2016 Lawrence Brewster Faculty Paper Award from the North Carolina Association of Historians. She is the book review editor for the Journal of North Carolina Association of Historians and a regular contributor to Muster, the blog for the Journal of Civil War Era.

She is currently at work on two book projects – a book manuscript examining how everyday African Americans remembered and commemorated the Civil War, and a documentary reader on the Confederate Memorial debates. She is also at work on several pieces exploring the enslaved experience at the University of Alabama and other topics on the African American experience during the Long Reconstruction era.

Past Classes with Hilary N. Green