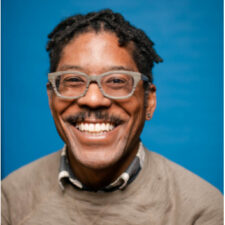 Esteban Kelly is the Executive Director for the US Federation of Worker Cooperatives (USFWC), and is a co-founder of AORTA, (Anti-Oppression Resource & Training Alliance), a worker co-op that builds capacity for social justice projects through intersectional training and consulting. He holds a Masters degree in Socio-Cultural Anthropology from the City University of New York, and received a B.S. in Political Economy of Environment & Development from UC Berkeley.

Firmly rooted in West Philly, Esteban’s skills and analysis of transformative justice stem from his decade-plus of organizing with the Philly Stands Up collective. Similarly, Esteban worked through a major food co-op transition as a worker–owner at Mariposa Food Co-op, where he co-founded its Food Justice & Anti-Racism working group (FJAR) and labored to institutionalize the Mariposa Staff Collective, leading to his position as a Mayoral appointee to the Philadelphia Food Policy Advisory Council.

Nationally, Esteban serves as an advisor to the policy table on the Movement for Black Lives, as well as for the artist-activist training network Beautiful Trouble.

Past Classes with Esteban Kelly 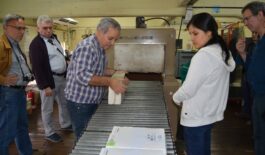 Putting Capital in our Hands: Why worker cooperatives gained traction in global movements for economic change

This session introduces the worker co-op model to folks who are curious but not really familiar with it yet. Join us as we explore the radical possibilities that worker co-ops bring to our visions of the future!
Event Categories:
Classes, Education, Panel Discussions, Workshops 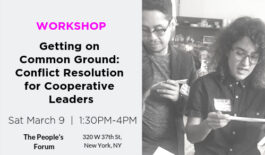 Getting on Common Ground – Conflict Resolution for Cooperative Leaders

When co-op members are encouraged to show up with honesty and directness, engaged co-op leaders can bring together divergent opinions and diverse experiences to deal with disagreement constructively.
Event Categories:
Classes, Education, Workshops 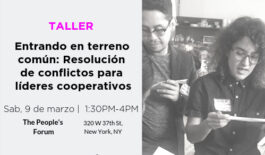