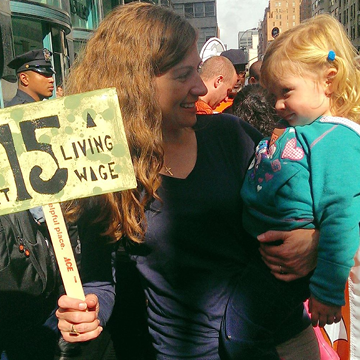 Colleen Wessel-McCoy is Co-Coordinator of Poverty Scholarship and Leadership Development at the Kairos Center, National Political Educator for the Poor People’s Campaign: A National Call for Moral Revival, and Lecturer in Practical Theology at Union Theological Seminary. She holds a PhD in Christian Social Ethics from Union Theological Seminary. Her dissertation, “‘Freedom Church of the Poor’: Martin Luther King Jr’s Vision for a Poor People’s Campaign and Its Lessons for Today,” lifts up King’s 1968 convening of a multi-racial leadership of the poor as a transforming force for moral and structural change that could end the enmeshed evils of racism, poverty, and war. Her work in theological ethics is biblically centered, rooted in the growing leadership of the poor who refuse the evils of today, and seeks new forms of religious leadership. She is frequently invited to teach the history of the 1968 Poor People’s Campaign in academic, congregational, and community settings and has developed numerous bible studies, sermons and workshops on the social and economic crises of today and the biblical vision for their abolition.

Originally from Marietta, Georgia and raised in the United Methodist Church, Colleen has worked for twenty years at the intersection of religion and social transformation. She was the first religion and social justice major at Agnes Scott College, with a thesis on racial justice and liberative pedagogies. She was part of the inaugural year of the Interfaith Service House and worked as a tenant organizer in Chicago. Colleen has been part of the Kairos Center’s Poverty Initiative since 2004, including editing five books as the Publications Coordinator and supporting the development of a national network of religious leaders dedicated to a movement to end poverty as the Fellows Program Coordinator. She and John Wessel-McCoy have two children, Myles and Josephine.

Past Classes with Colleen Wessel-McCoy 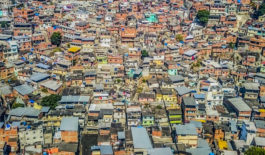 Drawing on religious and cultural references, news media, and other sources, we will examine the deeply entrenched ideologies that keep society at large from recognizing the breadth and depth of poverty and, therefore, prevent us from seeking long-term and real solutions that can end poverty.
Event Categories:
Classes, Education 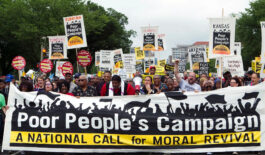 This 3-part series will cover the following themes of the last historic campaign of the Rev. Dr. Martin Luther King’s life and its contemporary revival as the Poor People’s Campaign: A National Call for Moral Revival
Event Categories:
Classes, Education

This course explores the prevailing explanations for why poverty exists today and reveals the deeply entrenched ideologies that prevent us from seeking long-term and real solutions that can end poverty.
Event Categories:
Classes, Education 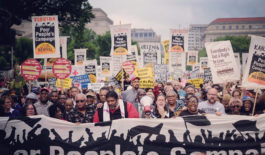