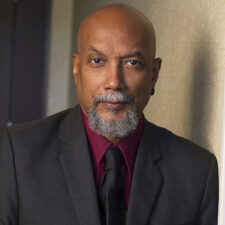 A human rights defender whose experience spans four decades of domestic and international education and activism, Ajamu Baraka is a veteran grassroots organizer whose roots are in the Black Liberation Movement and anti-apartheid and Central American solidarity struggles. He was the 2016 Vice Presidential candidate of the Green Party of the United States. Baraka is currently the national organizer for the Black Alliance for Peace.

Baraka is an internationally recognized leader of the emerging human rights movement in the U.S. and has been at the forefront of efforts to apply the international human rights framework to social justice advocacy in the U.S. for more than 25 years. As such, he has provided human rights trainings for grassroots activists across the country, briefings on human rights to the U.S. Congress, and appeared before and provided statements to various United Nations agencies, including the UN Human Rights Commission (precursor to the current UN Human Rights Council).

As a co-convener with Jaribu Hill of the Mississippi Worker Center for Human Rights, Baraka played an instrumental role in developing the series of bi-annual Southern Human Rights Organizers’ conferences (SHROC) that began in 1996. These gatherings represented some of the first post-Cold War human rights training opportunities for grassroots activists in the country.

Baraka played an important role in bringing a human rights perspective to the preparatory meetings for the World Conference on Racism (WCAR) that took place in Geneva and in Santiago, Chile as part of the Latin American Preparatory process, as well as the actual conference that he attended as a delegate in Durban, South Africa in 2001.

Ajamu Baraka was the Founding Executive Director of the US Human Rights Network (USHRN) from July 2004 until June 2011. The USHRN was the first domestic human rights formation in the United States explicitly committed to the application of international human rights standards to the U.S. Under Baraka, the Network grew from a core membership of 60 organizations to more than 300 U.S.-based member organizations and 1,500 individual members who worked on the full spectrum of human rights concerns in the U.S. During Baraka’s tenure, the Network initiated the Katrina Campaign on Internal Displacement, after Baraka was the first to formally identify the victims of Hurricane Katrina as internally displaced people (IDPs).

Also while at the Network, Baraka ensured that the Network spearheaded efforts to raise human rights abuses taking place in the U.S. with United Nations human rights processes and structures, including the UN Committee on the Elimination of Racial Discrimination, the UN Human Rights Committee and the UN Human Rights Council, through its Universal Periodic Review process. By coordinating the production of non-governmental reports on human rights and organizing activist delegations to UN sites in Geneva and New York, the Network gave voice to victims of human rights abuses and provided opportunities for activists to engage in direct advocacy. These efforts resulted in specific criticisms of the U.S. human rights record and recommendations for corrective actions.

Prior to leading the USHRN, Baraka served in various leadership capacities with Amnesty International USA (AIUSA). As AIUSA’s Southern Regional Director, he played a key role in developing the organization’s 1998 campaign to expose human rights violations in the U.S. Baraka also directed Amnesty’s National Program to Abolish the Death Penalty, during which time he was involved in most of the major death penalty cases in the U.S.

Baraka has also served on the boards of various national and international human rights organizations, including Amnesty International (USA), the Center for Constitutional Rights, Africa Action, and the Mississippi Workers’ Center for Human Rights.

Baraka has taught political science at various universities and has been a guest lecturer at academic institutions in the U.S. and abroad. A commentator on a number of criminal justice and international human rights issues, Baraka has appeared on and been covered in a wide-range of print, broadcast, and digital media outlets such as CNN, BBC, the Tavis Smiley Show, Telemundo, ABC’s World News Tonight, Black Commentator, Russia Today, the Washington Post and the New York Times. He is also a contributing writer for various publications including Black Commentator, Commondreams, Pambazaka, and Dissident Voice.

He is currently an editor and contributing columnist for the Black Agenda Report and a writer for Counterpunch.

Past Classes with Ajamu Baraka 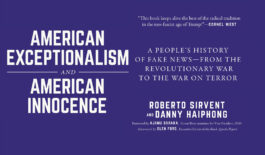 Join us for the launch of American Exceptionalism and American Innocence: a People’s History of Fake News, From the Revolutionary War to the War On Terror. Speakers include Danny Haiphong, Ajamu Baraka, and Glen Ford, moderated by Brittany Friedman.
Event Categories:
Classes, Education